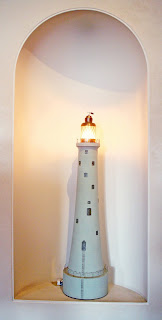 Although today it has a rather grand building in Tower Hill, Trinity House's origins are in Deptford. The town's Guild of Mariners petitioned the King in 1512 to grant them a charter, probably at the instigation of Sir Thomas Spert. They argued that such a guild was necessary to ensure that young mariners were properly trained, and thus to safeguard Britain's security and naval superiority. Since Henry VIII not only placed great importance upon the navy but also had his first Royal Dockyard at Deptford, it's unsurprising that the petition was granted. The new Guild's duties were to defend and pilot the Thames; Deptford Dockyard was under their jurisdiction; and significantly, they could also make law for the 'relief, increase and augmentation of the shipping' of England. Sir Thomas Spert was their first Master.
In 1547, the organisation was given the title of 'the Corporation of Trinity House on Deptford Strand'. Twenty years later, it was granted authority to set up buoys on dangerous parts of the coast - from there, responsibility for lighthouses was a natural step and their first was built at Lowestoft in 1609. Such works were funded by the corporation's right to dredge shingle from the Thames and sell it to ships as ballast. However, as Trinity House grew in importance it also moved away from Deptford, with premises in Ratcliffe and then Water Lane, although the Corporation returned to Deptford every Trinity Monday until 1852 to elect its Court (governing body). 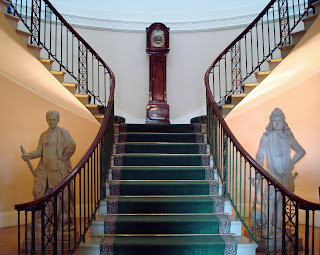 In 1796, the current building at Tower Hill was completed; 1836 saw it given control of all English lighthouses and navigation marks. Trinity House also continues to be a Deep Sea Pilotage Authority. It has also been engaged in charitable works throughout its history, from the almshouses established in Deptford and Mile End in the seventeenth century to the relief of mariners in financial distress today.

All these activities are evident in the 18th-century Trinity House. Badly damaged by a bomb in World War II, the interiors were magnificently restored in the 1950s. As well as original paintings and furniture, there are model ships, lighthouses, and memorials to prominent members and their charitable activities throughout.

Further reading - on this and most other aspects of London history: Weinreb, Hibbert, Keay and Keay, The London Encyclopaedia, Macmillan 2008
For all Open House posts, click here.