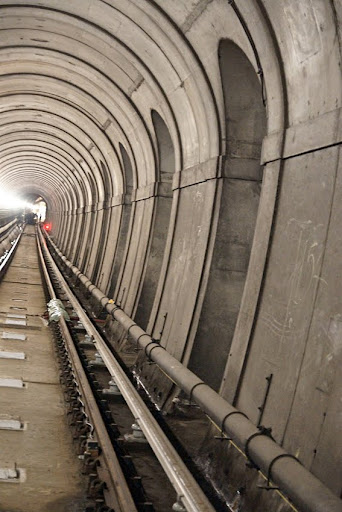 No less strange a dining room was the interior of an iguanadon at Crystal Palace Park. The dinosaurs represented the cutting edge of scientific knowledge at the time, intended to form an educational attraction for Londoners. However, there was the opportunity for a bit of fun before the public were allowed in - the dinosaurs' sculptor Benjamin Waterhouse Hawkins held a new year's eve dinner inside an iguanadon mould in 1853. It was placed beneath a tent and its back was cut open so that a dining table and chairs could be placed in the interior.
Our third dinner took place at the top of Nelson's Column, just before Nelson himself arrived at his current vantage point. In 1843, 14 stonemasons with a good head for heights celebrated the completion of the column with a meal atop it. Their dining table was then exchanged for the familiar statue.