When Old Oak Common traction maintenance depot held its open day, the amazing assortment of locomotives from all eras grabbed everyone's attention. Indeed, the day was a celebration of Legends of the Great Western. However, this was also a unique opportunity for the public to see the maintenance depot - 111 years old, but soon to close. 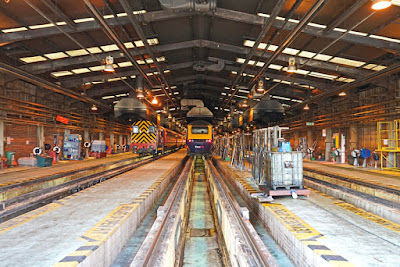 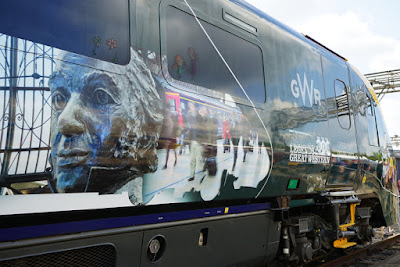 The GWR had outgrown its maintenance depot in Westbourne Park when, in 1901, it acquired this land in East Acton. In particular, locomotives had got larger, the railway was operating more routes, and Paddington Station had expanded over recent decades, with more growth to come. Most of the original buildings would be demolished in the 1960s, when the depot was transformed to service diesel engines rather than steam. Further buildings have been added since, and a larger transformation is to come. 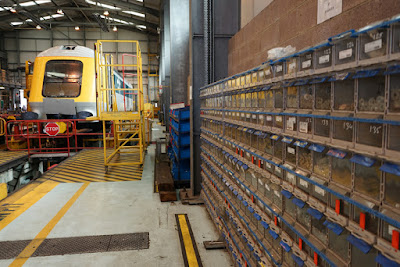 Since 1976, Old Oak Common has maintained the fleet of High Speed Trains (HSTs) which carry passengers from Paddington to West and South-West England and South Wales. This is no small undertaking: every train is checked, refuelled, and toilet waste emptied each night, with more comprehensive maintenance also carried out here as required. That means that the depot is a 24-hour operation (making the open day quite a logistical feat). 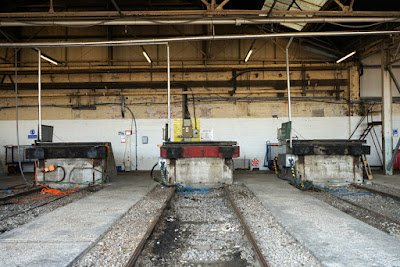 In addition to some familiar railway sights (albeit multiplied in quantity), such as rails leading to buffers, there is plenty of specialist equipment visible. This electric engine moves stock around: the coupling on the front can be changed as required. As well as being much more precise than a locomotive, it can be operated remotely as well as driven from the cab. 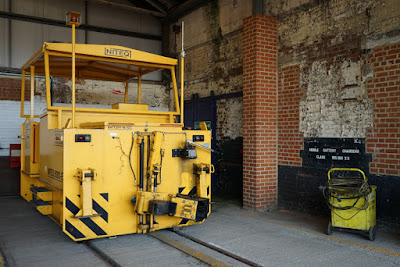 Some sheds have pits, much like those in motor garages - but considerably longer! 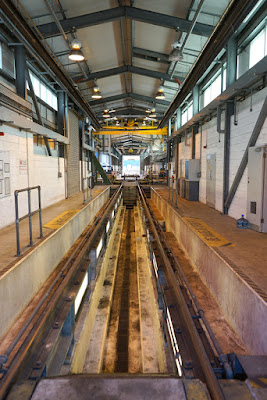 This stock also requires more in the way of lifting equipment than the average motor vehicle. 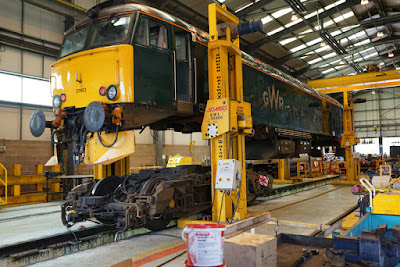 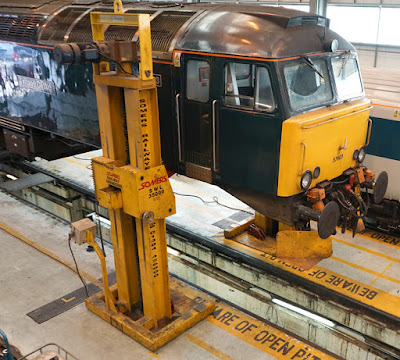 Even familiar items such as screen wash are on an absurdly different scale. 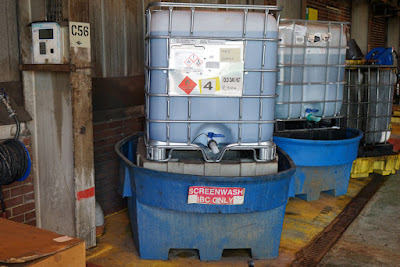 A gantry allowed visitors an unusual view of an engine - from above. 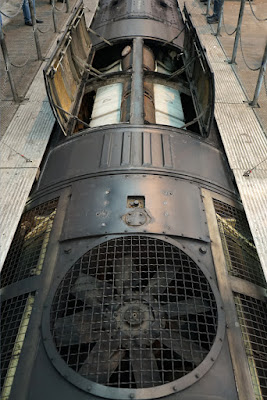 This engine shed has only four tracks with access to fuel lines, so there's lots of movement as engines are refuelled and then moved out again so that others can take their place. 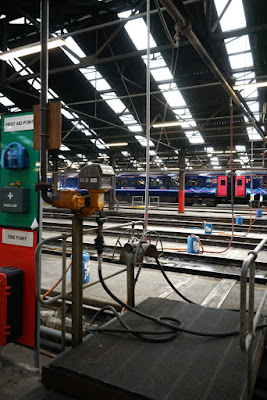 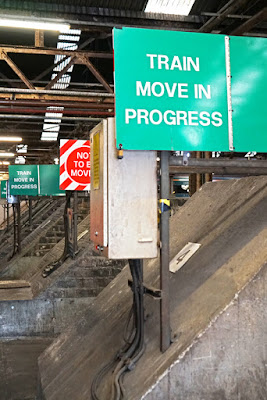 Train wheels need their own special care, and a shed is devoted to this. We were able to have a relaxed look around, but usually this is a noisy and dangerous area with protective clothing and equipment required. 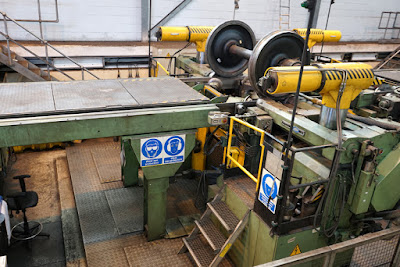 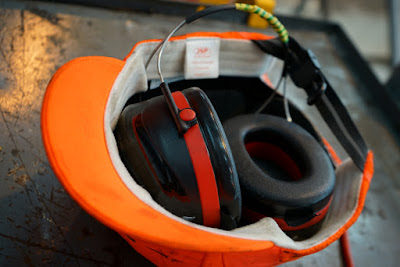 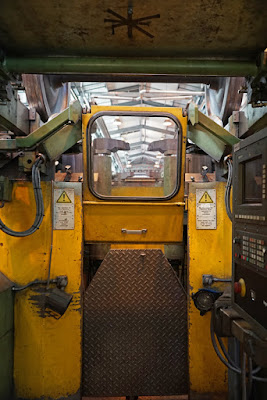 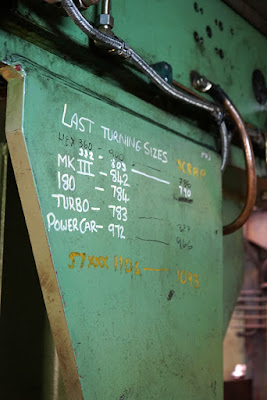 However, there are two major changes coming soon. First, the HSTs are being replaced by Hitachi Intercity Express Trains, which will be maintained by Hitachi at the nearby North Pole depot. Secondly, Crossrail is coming to Paddington and will have its own maintenance facility here. The combined effect of these is that the current depot at Old Oak Common will be closed over the next eighteen months, with ambitious plans for transforming the area being formulated by the Old Oak and Park Royal Development Corporation. Thus the open day was not only a rare look, but a last one, at the work done here to keep our trains running.