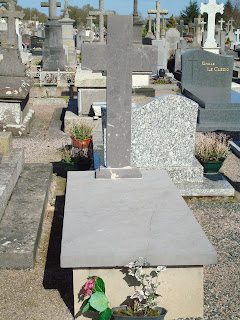 During the French revolution, many aristocrats lived under the shadow of the guillotine. However, one extraordinary woman saved not only herself but also her husband - by acting as his lawyer.

Marie-Victoire de Lambilly was happily married to the Comte de la Villirouet. During the revolution, they were both arrested and Marie-Victoire was held in a former convent in Lamballe, Brittany. The conditions were awful, but Marie-Victoire wrote letters and appeals which secured first her own release and then that of her fellow-prisoners.

However, her troubles were not over: her husband was imprisoned and faced the death sentence. Again, Marie-Victoire's response was practical. She took advantage of the fact that a revolutionary law abolishing all trade associations had effectively removed the traditional qualifications for lawyers: there was nothing, she argued, to stop her acting as her husband's advocate. Her argument was accepted, so she carefully studied and prepared for the trial.

Marie-Victoire's court appearance was a success. It combined emotional appeal and legal argument. The Comte de la Villirouet was released; by contrast, all his co-defendants were executed. Having successfully won her first case as France's first woman advocate, however, Marie-Victoire did not pursue a legal career. She and her family continued to live happily in Lamballe, where she was buried after her death in 1813.
- June 21, 2008