Dolly Parton and the Millennium Dome

On Sunday night, I went to the Dolly Parton concert at the O2, and had a brilliant time.

Of course, most of us remember that the O2 is a successful reinvention of the disastrous Millennium Dome. It must have seemed a brilliant idea to somebody: build the largest dome in the world on the rundown Greenwich Peninsula, fill it with an exhibition celebrating the new millennium, add its own tube station and watch the crowds come rolling in. Cue the popular perception of it as a giant tent on polluted wasteland, filled with rubbish and failing to attract the expected crowds...

However, now that the big marquee on the Thames seems to be a success at last, let's celebrate 10 things about the Dome: 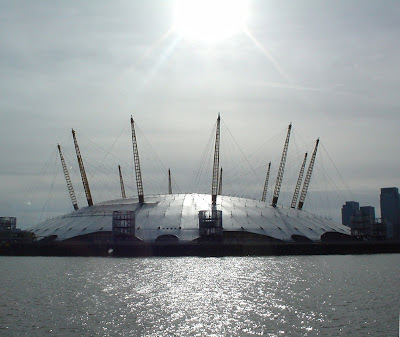