Langourla: legends of a Breton village 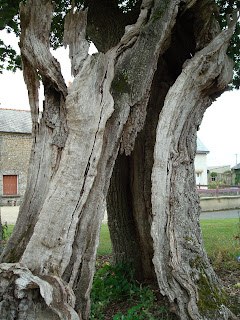 I’m currently staying in the village of Langourla. Although small, it has several chapels in addition to its church. One of these, St Joseph, stands next to a miraculous oak. Today, the miracle may seem to be that the tree is still living despite its hollow trunk! However, it has more specific powers too. According to legend, this ancient tree was venerated as a fertility symbol by the druids, and young women who rub their bottoms against the trunk on St Joseph’s day will be either married or pregnant within a year (accounts vary, although it might be worth clarifying before you visit...). The ritual was still being followed in the 1920s, and this kind of legend is not uncommon in Brittany although such fertility rites more usually involve rubbing against a menhir.

Another chapel, St Gilles des Prés, has its own legend. It was built in memory of Gilles de Bretagne, a Breton prince who caused trouble for his brother, ruler of Brittany. After offering his help to the English, thus stirring up trouble between England, Brittany and France, he was imprisoned in his own castle and finally killed in 1450. The chapel’s isolated spot is explained by the story that when Gilles’ body was being taken past on its way to his funeral, the convoy had to make an unscheduled stop because the oxen pulling the coffin refused to move. The chapel and a healing well mark the place. 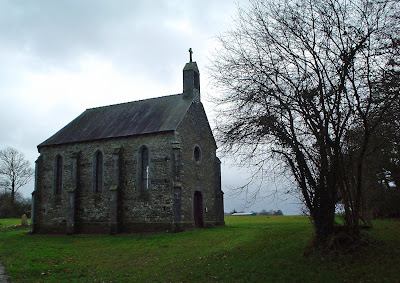 Langourla even has a menhir (‘long stone’, or standing stone). However, the Menhir de la Coudre is a little less upright than most! In the nineteenth century, a rumour circulated that there was treasure buried underneath. As a result of the digging, the stone was left with a permanent lean.
- August 07, 2008