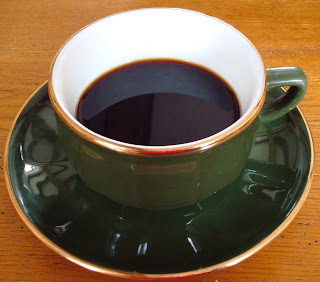 Not all of St Malo’s seafarers were corsairs seeking gold. In 1707, two ships from the town left for Moka (or Mocha), a Yemeni port where the Dutch and English bought their coffee. Although some coffee was already imported via Egypt to Marseilles, it wasn’t sufficient to meet the growing demand for this fashionable beverage.

Dealing direct with the merchants of the Yemen might make good sense, but was not going to be easy. To reach Moka, the Breton sailors had to travel via Spain, around Africa past the Cape of Good Hope, and up to the Red Sea. Not only was the journey long and arduous, but England and the Netherlands were at war with France so they had to evade enemy ships too – two were captured en route and added to the expedition. Scurvy, an attack on an expedition to collect fresh water, and errors in navigation also caused problems. Finally, a hurricane separated the four ships, but all made it safely back to St Malo with their valuable cargo - thirty months after departure.

A second voyage in 1711-13 achieved even greater success. The ship’s surgeon was able to cure an abcess in the Imam al-Mahdi Muhammad bin Ahmad's ear, and the St Malo ships were entrusted not only with beans but also with coffee plants. These thrived on Réunion, and later on Ile Maurice, further supplying the French demand for coffee.
- August 06, 2008