Brittany has a huge range of regional specialities, most famously its pancakes. Here are a few of the sweeter local dishes.

About as local as you can get, these gorgeous chocolates are only available in the town of Loudéac. Charmingly called 'dead branches from Loudéac Forest', each 'twig' is made of chocolate filled with crisp praline. 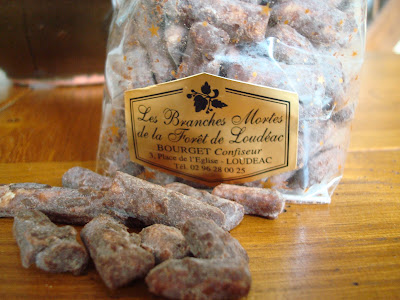 While we're on the subject of confectionery, I've already posted about the Nantes berlingot with its distinctive pyramid shape: 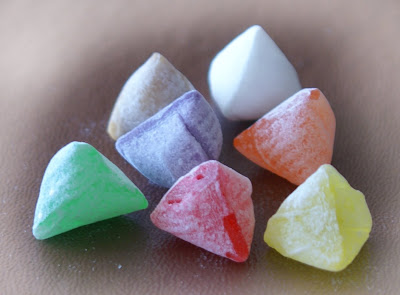 Moving on to the dessert section, the far Breton is available throughout the region. A sort of thick custard cake (but much nicer than that sounds), it usually contains prunes but also comes in other varieties such as apple. 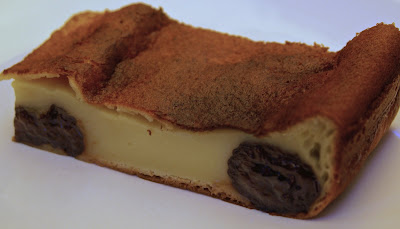 If eggs, milk and sugar aren't calorific enough for you, how about the fabulous kouign amann? Its name means 'butter cake', and the combination of butter, sugar and a light, flaky yeast dough make this a butterscotchy delight. In fact, it's so good that I ate it all before I remembered to take a photograph. Oops! (You can see one here, though). Incredibly, it was born out of economy: around 1865, when butter was cheaper than flour, extra quantities of the cheaper product were added and the kouign amann was born.

Finally, the healthy option - strawberries from Plougastel. This town has a very special place in the history of the summery fruit: it's the birthplace of the modern strawberry. Until the eighteenth century, the only strawberries eaten in Europe were the small, wild kind. When Amédé Frezier left Saint Malo for South America in 1712, his main purpose was to gather intelligence on the Spanish fortifications. However, he also returned with a plant, the 'Chilean White', which produced much larger, paler strawberries than the European varieties.

Unfortunately, this Chilean plant wasn't a great success - until someone had the inspired idea of crossing it with the native variety. The modern strawberry was born, generously-sized but red and tasty, and those grown at Plougastel are still considered to be among the finest. The English were among their earliest customers, buying them from 1854, while Parisians had to wait for the coming of the railway link in 1865. Plougastel then enjoyed a golden age, and in 1940 was still responsible for a quarter of France's strawberry production. Although there has been a decline in productivity since the Second World War, the strawberry and Plougastel remain inextricably linked and the town even has a Museum of the Strawberry! 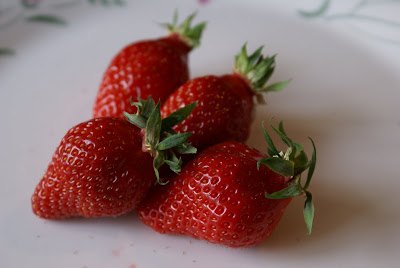