This stern exhortation appears above the first of two very contrasting properties which I visited today. It may sound rather grim, but at the Kirkaldy Testing Works factual accuracy could be a matter of life and death. David Kirkaldy designed and operated testing equipment which allowed iron, steel, concrete, fabrics, ropes, chains and other materials to be tested to destruction. In an age when engineering exploded in scale and ambition, knowing the limits of one's materials was all-important. Kirkaldy and his giant testing machine could provide that information. 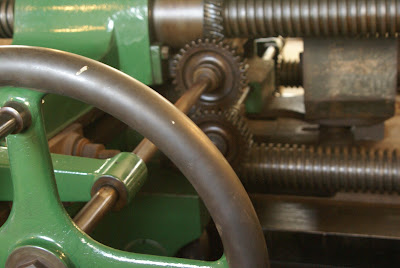 The vital nature of Kirkaldy's work was recognised following the Tay Bridge disaster in which 75 people were killed. On the stormy evening of 28 December 1879, the central spans of the Tay Bridge collapsed. Bridge, train and passengers fell into the Firth of Tay; there were no survivors. Famously bad poet William McGonagall wrote a commemorative poem which ended with his own view of the cause:

However, 'facts not opinions' prevailed and samples of the girders were sent to Kirkaldy for testing. He confirmed that the cast iron lugs which fastened the strengthening tie bars to the bridge columns were inadequate: they failed at 20 tons' tensile load rather than the 60 tons whch had been specified. Thus although the girders and tie bars themselves were strong, these little fastenings were enough to bring about disaster. Tragically, they had not been sent to Kirkaldy for testing before the event.

Kirkaldy's work was continued by his son and grandson. The Testing Works only closed in 1974; they then lay unused until taken over by the Kirkaldy Museum Trust in 1983. The museum is only open occasionally, so Open House offered a special opportunity to visit.

In contrast to the stern, nineteenth-century workshop across the road, the Blue Fin Building is an airy, glass construction decorated with, er, blue fins. They are randomly placed, their positions decided on the throw of a dice, but their angle and density has been carefully calculated to control the sun coming in while allowing views out. 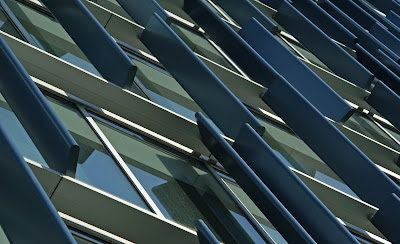 Inside, it's light, bright and very clearly designed for work a world away from the grease and steel of engineering. The home of IPC Media, it contains a restaurant, offices, rooftop gardens and the Decanter wine tasting suite. (The latter wasn't open but I stared in like a kid at a sweetshop window!) 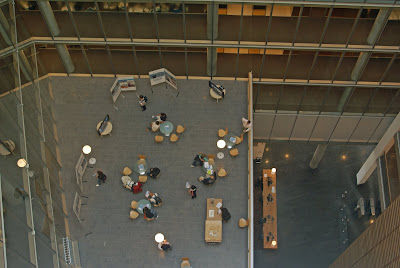 They may be as different as can be in terms of design and purpose, but both buildings had one thing in common: their generosity in welcoming lots of visitors for the weekend. Everyone I spoke to was friendly and helpful, while huge efforts had been made to provide access and information (on-site and printed). A reminder that Open House weekend depends not just upon public interest in architecture, but also upon the efforts and goodwill of a huge number of building owners, staff and volunteers. Thank you to them all!