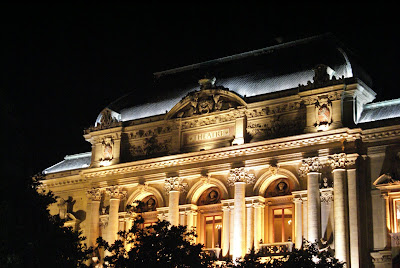 As I climb the endless stairs to my fifth-floor hotel room, I remind myself of one consolation: a chance to be on the same level as architectural details I'd normally have to peer up at. All the better, then, that the nearest building isn't some concrete block but the rather florid Theatre des Célestins.

Originally there was a convent on the site, built in 1407, but in 1786 it refused to obey an edict from King Louis XV. After long court proceedings, the building was returned to the King of Sardinia (a descendant of the Duke of Savoy who had originally given the convent land). He sold it in 1789 for demolition and conversion into houses and a theatre.

You can see from the picture on the left that this building is rather more recent than that. The original theatre was destroyed by a fire in 1871; six years later, the current theatre was completed. Its architect, local man Gaspard-Abraham André, had won the competition to design a building suitable for 'comedies, vaudeville, dramas, extravaganzas, operettas, and similar genres'. 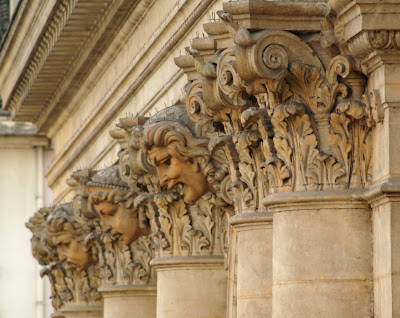 Another fire in 1880 left the facade intact but destroyed just about everything else - it didn't help that the on-site firemen were drunk at the time. André took on the work once more and the theatre reopened the following year. Its most recent renovation was in 2005 - luckily, not after yet another fire! 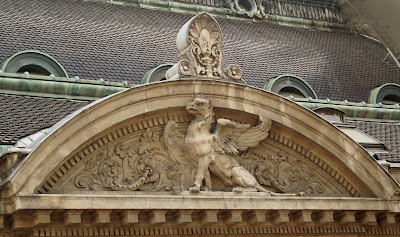