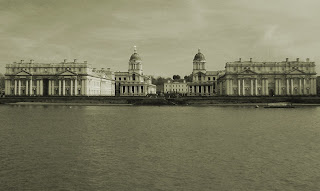 The Victorians had a book which enabled them to 'Enquire Within Upon Everything' from recipes for opium-rich home remedies to the language of flowers; from addressing dukes to getting rid of your local accent; and from choosing furniture to choosing your baby's name. My copy is a fairly late one (the 110th edition!), so articles on the desirability of owning a motor car and a wife's right to keep her own earnings have also crept in. Another innovation is 'Advice to Sightseers', a selection of tips on visiting London:

6. As to tips, at many establishments where only a light repast is served "no gratuities" is the rule. Otherwise the custom is to tip the waiter on the scale of 1d for every shilling of your bill. Thus if your dinner cost 2s. 6d., the waiter's tip would be 2d. or 3d., whichever you please.
[And how do you solve the twopence/threepence dilemma? After so many precise instructions, 'Enquire' has suddenly left us high and dry!]