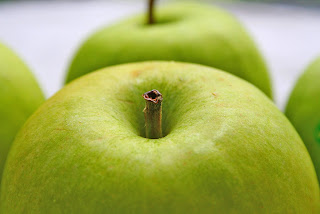 We may have celebrity chefs, but where are the rhyming recipes? My old favourite Enquire Within Upon Everything has a recipe-in-a-verse for Mother Eve's Pudding (complete with the odd riddle). Variations of this poem seem to have been popular throughout the nineteenth century: there are American versions too, with appropriate changes such as losing the references to shillings and maids. Today, not only novelty recipes but also puddings that you boil for three hours have rather gone out of fashion...

If you want a good pudding, to teach you I'm willing;
Take two pennyworth of eggs, when twelve for a shilling;
And of the same fruit that Eve had once chosen,
Well pared and well chopped, at least half-a-dozen;
Six ounces of bread (let your maid eat the crust),
The crumbs must be grated as small as the dust;
Six ounces of currants from the stones you must sort,
Lest they break out your teeth, and spoil all your sport;
Six ounces of sugar won't make it too sweet;
Some salt and some nutmeg will make it complete;
Three hours let it boil, without hurry or flutter,
And then serve it up, without sugar or butter.

Modern Eve's pudding recipes not only fail to rhyme; they also make a rather less frugal dessert in which apples are topped with a sponge mixture.


Image by monkeyc.net, shared under a Creative Commons license.