Although guidebooks tend to bill this museum as Paris’s equivalent of Madame Tussaud’s, the similarity doesn’t go much beyond the fact that both have 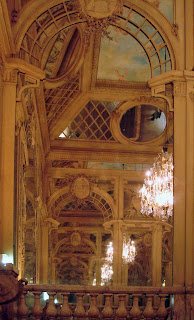 waxworks and were established by French people (Mme Tussaud famously came to London to escape the French Revolution). First, the Musée Grévin is a much younger business, founded in 1882. Second, it has retained much of its turn-of-the-century atmosphere, not least in the marvellous Palais des Mirages. Finally, the selection of famous figures to be modelled is perhaps rather different, with lots of literary and intellectual figures.

Happily, on my visit at least, the Grévin didn’t have the ridiculously long queues its London cousin usually does. I was soon through the doors and into the impressive entrance with its grand staircase and ornate mirrors. Upstairs, visitors are ushered into a small, apparently circular and very dark room. Soon, there is an announcement and the show begins. As lights appear, it becomes apparent that the room is actually hexagonal and mirrored; clever use of lights and a few models turn the space into a forest and a vast palace. What is even more impressive is that this attraction is Edwardian, created for the Universal Exhibition of 1900 (although the actual show content is updated from time to time). You can see how it’s done, there is only a small amount of technology (electric lighting, sound and 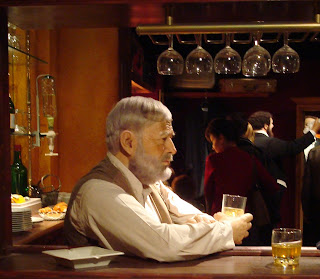 a few moving parts), and yet the effect is utterly magical. Everyone was impressed, right up until the loud voice telling everyone to move along broke the spell!

The Grévin’s theatre has hosted stars including Charlie Chaplin, Mistinguett, Edith Piaf, Jacques Brel, Marcel Marceau and Josephine Baker. All have left souvenirs which are on display, while the theatre itself now has an audience of waxworks. The rest of the museum has waxwork-populated scenes including Bernard-Henri Levy, Jean-Paul Sartre and Ernest Hemingway hanging out in a bar; Auguste Rodin in his studio sculpting Pablo Picasso; a bistro where chef Bernard Loiseau pours champagne for Marguerite Yourcenar while Jean-Paul Gaultier chats with Maria Callas; and a wonderful and non-chronological selection of historical tableaux including Enlightenment greats sharing conversation, Henri IV being assassinated by Francois Ravaillac, and Marie Antoinette on trial in the shadow of the guillotine. 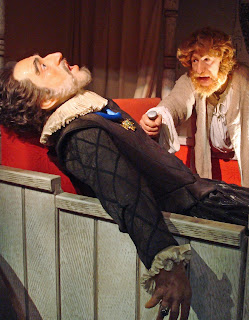 Contemporary personalities also appear – from Nicolas Sarkozy to Zinadine Zidane – very much in the original spirit of the museum, which was founded by journalist Arthur Meyer to show the newsworthy figures of the day in three dimensions. (The sculptor and caricaturist Alfred Grévin brought the idea to life and gave his name to the museum). Through all of this, magicians wander around doing impressive card tricks.

The Musée Grévin works on two levels. It’s obviously an entertaining place to stroll through enjoying the waxworks and having your photo taken with (effigies of) famous people. However, its baroque interiors, the original attractions and the atmosphere also give a sense of what these attractions felt like a century ago. As you exit into the nineteenth-century shopping arcade Passage Jouffroy, past and present seem to have mingled for a little while. 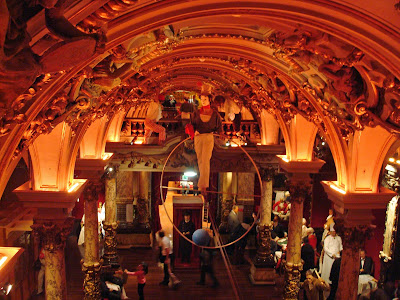