The library on Greenwich High Road is an appealingly old-fashioned looking building, dating from 1907. The near-black plaque on its front blends in so well that it's easily overlooked. However, its one sentence - 'the gift of Andrew Carnegie Esq' - reveals a wealth of information about the library's origins. 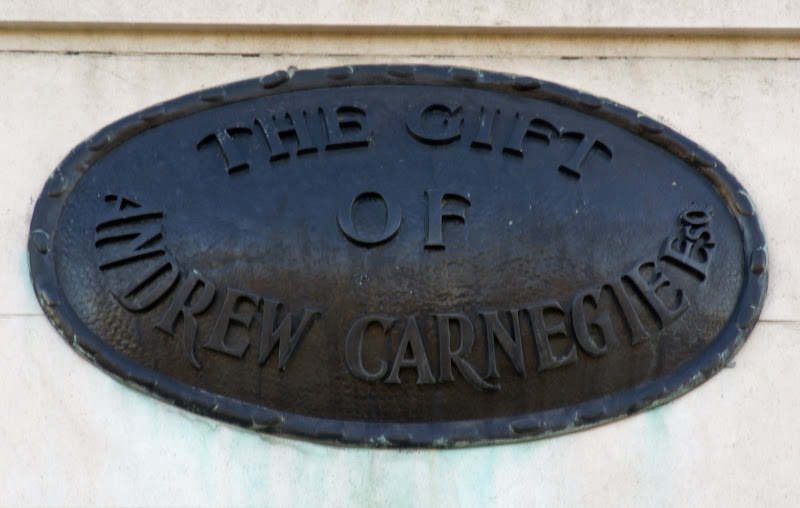 West Greenwich was not the only beneficiary of Andrew Carnegie's philanthropy: he founded 2,811 libraries in English-speaking countries, particularly Britain and the United States. Carnegie would give a generous sum of money to build the libraries, on condition that the local authority provided a site and met running costs. The local population was also usually expected to provide the books. 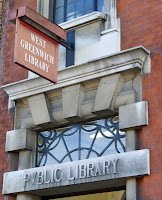 So who was Carnegie? He was born in Dunfermline, Scotland in 1835, the son of a weaver and Chartist and of a woman he later described as a 'heroine'. The family emigrated to the United States when he was twelve. That year, he started work in a cotton mill; a few years later he became a telegraph messenger boy. Despite these humble beginnings, Carnegie was a passionate reader and took full advantage of the library of Colonel James Anderson, opened to working boys on Saturday evenings. He also gained fast promotion at work, and had started investing money in railways by the age of twenty. Such investments led to him becoming a leading industrialist, notably in steel, from which he made a fortune. Despite his radicalism in some areas (such as his support for British republicanism), his reputation was damaged by his anti-union stance in the Homestead Strike where his partner Andrew Frick brought in 300 armed men to break a strike by Carnegie Steel employees. Violent confrontation and ten deaths followed.

However, Carnegie believed strongly in the importance of philanthropy and supported a number of causes, many of which - like his libraries - were educational in purpose. By his death in 1919, he had given away over $350 million: appropriate for someone who had written that the 'man who dies rich dies disgraced.'

I love the Carnegie libraries. I've seen dozens of them over here -- they're definitely favourite snarfs for me. :)