Here are a few ghost signs which I see regularly, because they're alongside the New Cross Road. The first one is practically opposite my street, and is a nice example of an advertisment for Bryant and May matches. It gives a strong 'Buy British' message: these are 'British matches for British homes'. The order at the bottom to 'save the panels' presumably suggests some kind of promotional gift scheme. 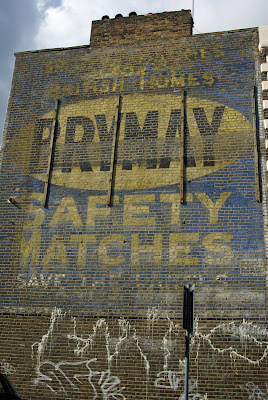 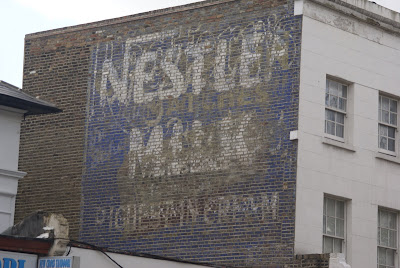 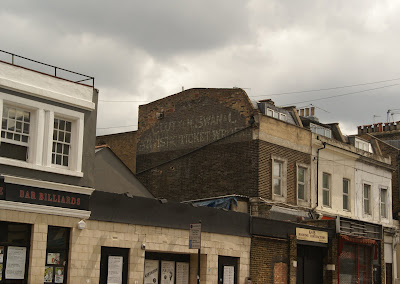 Hey Caroline, these are really cool, particularly liking the well preserved Bryant & May (Brymay) one from New Cross, will have to get down and see that one sometime. Another in the series here.

The triple palimpsest is also pretty special. Nestle we all know about, Criterion Matches less so, although they did seem to use a number of old Gillette sites for their campaign. Redferns was a rubber brand that now seems to be 'extinct'. There are a couple of examples in other parts of London.