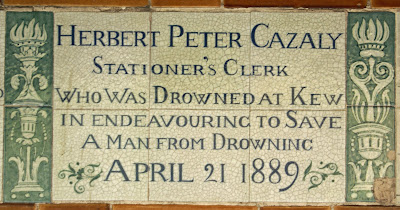 Even the riverbank was not reliably safe. A boy playing on the bank at Westminster fell into the water. 21-year-old Edmund Emery jumped into the water from a passing steamer, in an attempt at rescue. The boy survived but Emery did not. The Watts Memorial records not only his bravery, but also his precise address: 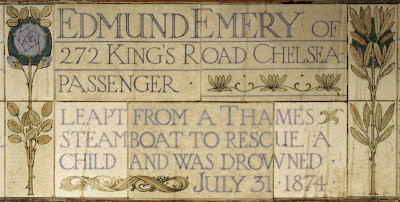