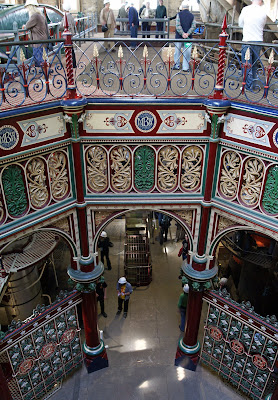 When Joseph Bazalgette built London's sewage system, the network took sewage to the edge of London. It could then be discharged into the Thames at high tide and flow out to sea without polluting the capital's drinking supply. At the outfalls, pumping stations lifted the sewage ready for discharge at high tide: that for the original outfall south of the river, at Deptford Creek, is not open to the public but the later Crossness station welcomes visitors on regular open days.
It's an amazing and extravagant display of Victorian ironwork. The subject matter may have been essentially prosaic - the removal of sewage from inner London - but the scale and importance of the endeavour surely justified such exuberance. For Pevsner, this building was a 'cathedral to ironwork' and the 'cathedral' label has stuck, albeit usually paired with 'sewage'. 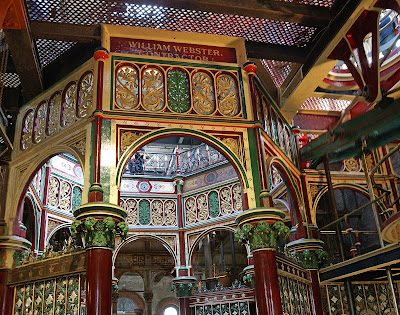 Four engines stood in the four corners of the building; the centre is taken up by an elaborate octagonal structre. The monogram of the Metropolitan Board of Works features throughout, and the contractor has included his own name prominently on one side. As for the four engines, they were named in (a slightly questionable) honour of the royal family: Victoria, Prince Consort, Albert Edward and Alexandra (the latter couple, the Prince and Princess of Wales, formally opened the building in 1865). 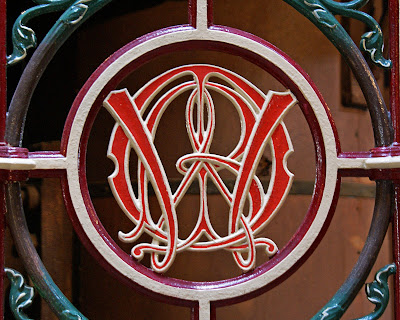 The station fell into disuse: it was last used in 1953 to help drain flooding in Royal Arsenal and Abbey Wood. Happily, the volunteers of the Crossness Engines Trust have been working hard since 1985 to restore the site to its full Victorian glory. Visitors can now see the Prince Consort engine in steam, appreciate the repainted ironwork, and generally get a real sense of this glorious building. However, the work is not over: the next major stage involves repairing the fabric of the building and improving visitor facilities, with work starting this summer. 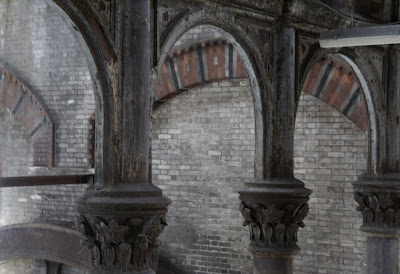 Recently featured in the BBC's 'Darwin's Dangerous Idea' presented by Andrew Marr. I just watched it on a recording from a few weeks ago and was wondering what that building was. Then , checking my RRS now I see this post. Spooky...

If a more beautiful pumping station exists then I demand to see it. Absolutely stunning. Thanks for another excellent post.

Thank you! It really is an amazing place; I hadn't seen it on 'Darwin's Dangerous Idea' so will have to look out for that being repeated.

I lived in London and Herts. for 2 years and have been back 12 times since to crawl all over English architecture. But until the last year or two, I've never really been aware of, or interested in the Victorians. My mistake.

I have created a link to your excellent review of Crossness, thanks, Hels
Art and Architecture, mainly

Thank you for the link - and what a lovely blog!