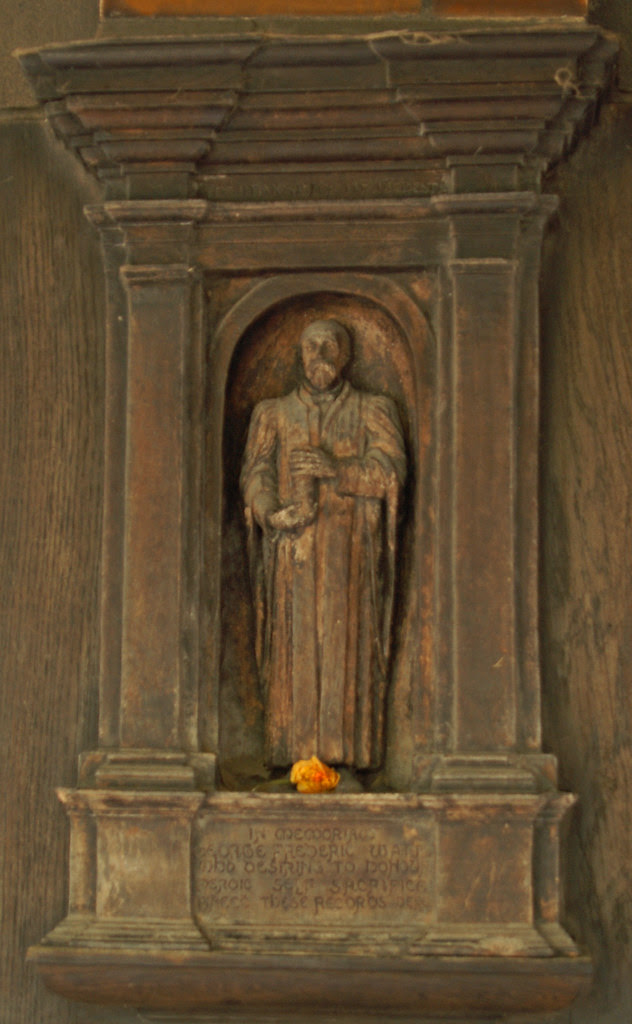 Alongside the tiles commemorating acts of 'ordinary heroes' was placed a modest memorial to Watts himself. He certainly had a claim to be remembered beyond his role in the Postman's Park plaques.

George Frederic Watts was among the most popular of Victorian artists, considered the Michaelangelo of nineteenth-century Britain by his contemporaries. Friends included the pre-Raphaelites, photographer Julia Margaret Cameron, and Lord Tennyson. His sculpture Physical Energy is in Hyde Park, while other works are in the Tate and National Portrait Galleries.

Why, though, have I called this post 'the missing memorial'? Simply because it is currently absent from the park: inadequately fixed and thus vulnerable to theft, it has been removed to safe storage. Let's hope that the statue can soon return to its home, a reminder of the man whose idea the larger memorial was.