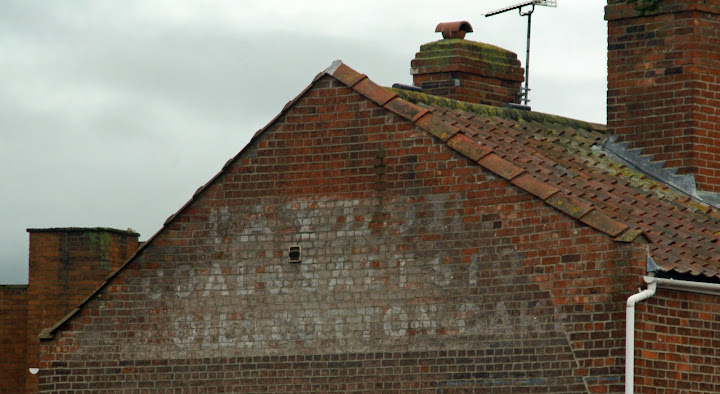 A while back, I posted this ghost sign from Bridgwater, Somerset and the consensus among those who so helpfully commented was that Taylor's probably offered wharfage. I've just bought an old postcard which shows that back when it was fully legible, the second line did indeed read 'coal & salt store'. 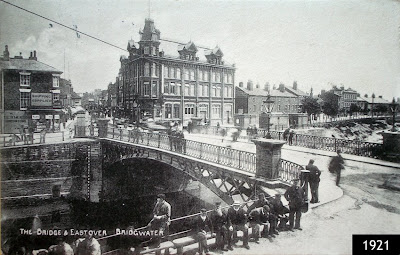 More exciting is the date of the postcard: it is postmarked 1921. Another card which bears a postmark from 1914 is fainter, but appears to show an unpainted wall. It's amazing to think that this bit of faded painting has survived since just after the First World War. (It's on the gable end of the first row of houses on the far side of the bridge, just next to the rather grand corner building). 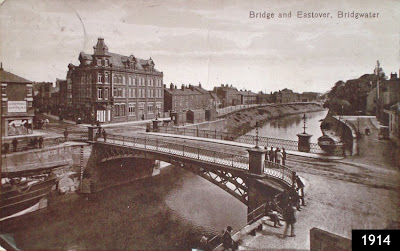 In both postcards, a shop on the riverfront bears a sign which reads 'shipping supplied'. Having lived in the town long after the River Parrett became too silted-up to support such maritime activity, it's always intriguing to see these traces of its more illustrous past.
- June 25, 2009

have you taken any photos of that spot today, as a comparison?

Really annoyingly, no - I have pics of the other side of the river but not that bit.

The bridge and buildings are the same, but traffic and the shops inside have changed drastically!