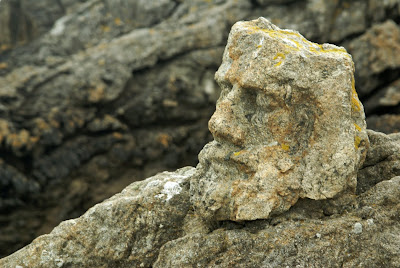 One of the most extraordinary places on the north coast of Brittany is Rothéneuf, a few miles from Saint Malo. When the parish priest, Abbé Fouré, suffered a stroke which left him deaf, he retreated to the cliffs to live the life of a hermit. 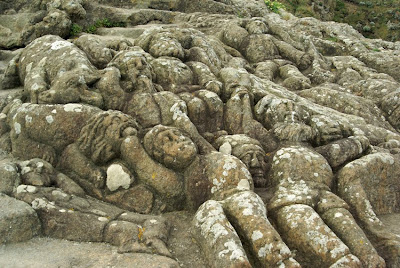 However, Fouré undertook a project which would have been astonishing for anyone but was all the more so for someone in his state of health. He carved the rocks into figures and scenes, some visible only at low tide. The demanding work lasted a quarter of a century until his death in 1910, by which time he had formed the rock into over 300 figures. Many are thought to represent the region's pirates of earlier times; others are creatures from hell. 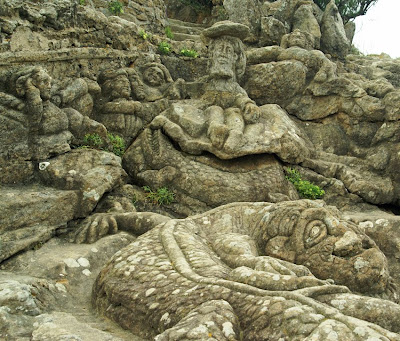 Sadly, the seaside location which makes these carvings so stunning is also eroding them. Many figures are already damaged or faint; in time, most will fade away under the action of the waves.

this is awesome, thank you

That's astonishing! Thanks for sharing it.