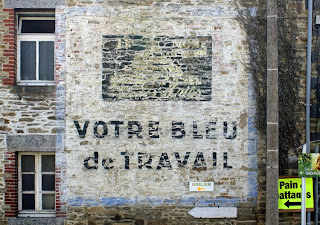 This sign in the village of Plougenast, Brittany is sadly less clear than it was. The picture is a stylised version of outstanding local landmark Mont St Michel (find another example here) - not a tourist advert but, as the still-legible writing below explains, a brand of work overalls.

Mont St Michel was founded in 1913 as Ariès - named for founder Louis Ariès - and that name appears just below the image. However, this Rennes clothing company expanded and changed its name to Mont St Michel in 1931. The company went into liquidation in 1979. 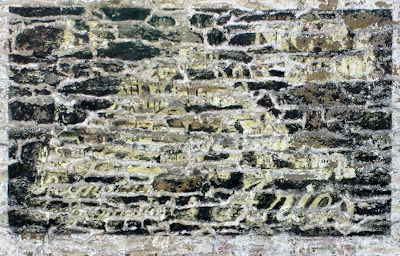