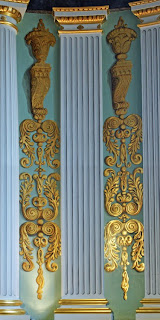 My first visit on Sunday was to St Paul's on Deptford High Street. One of Queen Anne's 'fifty new churches' (only about a dozen were actually built), it's a stunning piece of baroque architecture.

Deptford had grown drastically by the early eighteenth century, largely thanks to the dockyard. The little parish church of St Nicholas no longer seemed adequate, so St Paul's was constructed between 1712 and 1723. Among the craftsmen working on it was Thomas Lucas who would also build homes in nearby Albury Street.

Once completed, the new parish church faced a further battle to get income: unsurprisingly, St Nicholas wasn't keen to give up any of its tithes to a fancy younger sibling. Eventually Parliament stepped in, and the church was finally consecrated only in 1730. 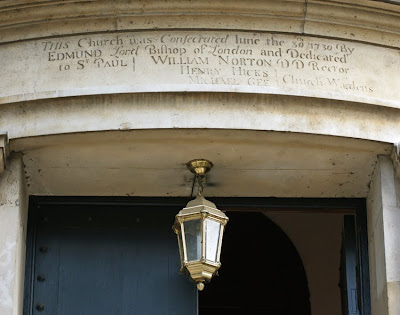 The new church must have impressed its parishioners, because the interior is stunning. We now see it in its full eighteenth-century glory, thanks to restoration and a lucky fire. The small blaze at the eastern (altar) end of the church revealed the original decoration, which has now been fully restored. 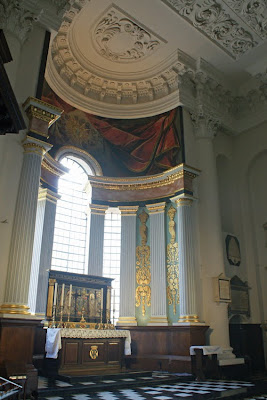 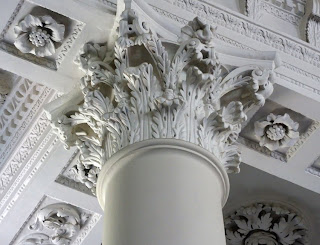 Further back in the nave, there have been changes: the original box pews were replaced by Benjamin Ffinch, the rector, in 1859. However, while the Victorians were notorious for (often inappropriately) favouring fashion when making such changes, Ffinch chose a more harmonious approach. He even reused the original wood, adding pitch pine imported through Surrey Docks for the seats.

Perhaps the most noticeable addition, though, is the chandelier. This grand light fits in beautifully, but actually came from a London theatre (Nicholas Taylor, author of the guide to the church, suggests it was the Scala in Charlotte Street). 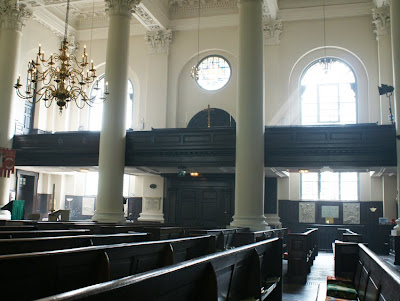 If you'd like to see the interior pre-restoration, Transpontine has featured UB40's 1983 video for Many Rivers to Cross, filmed in the church.

"Victorians were notorious for (often inappropriately) favouring fashion when making such changes.." That is the issue, isn't it?

Needs change, facilities deteriorate, numbers grow and something needs to be done yet we almost always build according to our _current_ perspective of what is tasteful and what works.

Last week I saw a fabulous Edwardian house here built in the Queen Anne style, complete with red bricks, steeply pitched roof, thin chimneys etc. The outside was heritage preserved but the inside was gutted and modernised.

Oddly, I never visited this church while living in Greenwich in early '80s, so delighted to pick up your informative post + pix. Queen Anne a much under-appreciated monarch in many ways.
Love the idea of the light salvaged from a theatre - how the 17th century reformers would have growled at the thought, let alone the act! And the final photo is beautiful.
Unaware of UB40 video location, so thanks for the link which am now off to follow.