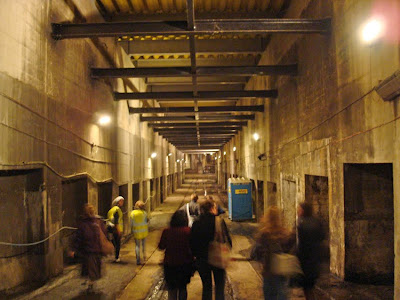 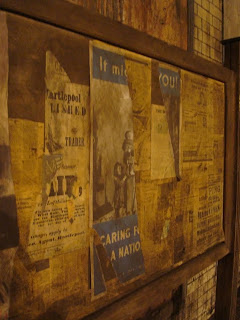 Kingsway Tram Subway opened in 1906, taking single-decker trams under the road from Southampton Row to Aldwych. It was part of the route from Highbury to either Tower Bridge or Kennington Gate; there's a south-east London connection as some of the cars were stabled at New Cross tram depot, now New Cross bus depot.

In 1931, the subway reopened after works to make it suitable for double-decker trams. However, its days were numbered: after the war, it was decided that buses should replace trams, and in 1952 the tram services closed - and with them, the subway. 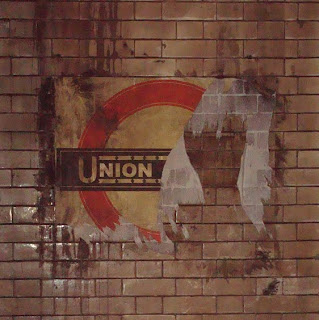 Although tests of its suitability for motor vehicles were carried out, only part of the tunnel was ever opened to traffic as the Strand Underpass. The rest of it has mainly been used for various kinds of storage - and as a film location beginning with Bhowani Junction in 1955. Props including station signs remain from more recent productions including The Escapist.

The subway is rarely open to visitors. The venue, then, is as interesting as the artwork for many of the visitors to Chord. 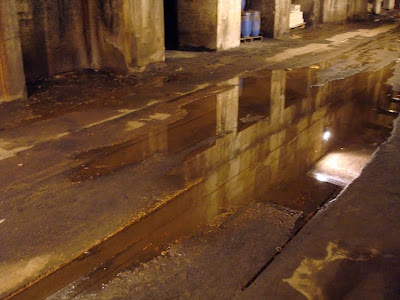 can be included. Let me tell you a quick story about the
beauty of filling up on a paleo diet breakfast. Ingredients.