Distrust of public transport appears to be a recurring London theme. A few days ago I mentioned the public's difficulties with watermen, so I was fascinated to see that a century later, concern about over-charging cab drivers led to a 'zoning' proposal.
In 1865 one John Leighton, Fellow of the Society of Antiquaries, suggested that London's boroughs be reshaped into hexagons; each hexagon could be allocated to one of four charging zones. In the centre was the City; around it were three circles with Deptford in the second. The letter and number identifying each 'cell' of the honeycomb would be displayed at every street corner.
Unsurprisingly, the proposal wasn't taken up. The Thames is notable by its absence from the map, for one thing. However, it's a fascinating idea - see the map and more of the story on Strange Maps. Kosmograd play with the idea; look carefully at their hexagonal division of contemporary London and you can see the problem posed by the Thames. 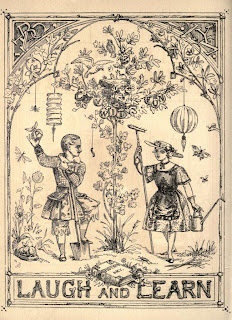 As for Leighton, his interest in London's transport didn't end with its cabs. His last published work was a 1902 pamphlet entitled Tubular Transit for London, suggesting improvements to the Underground.

That was only one of a wide range of interests, though: Leighton was involved in politics as a liberal unionist; he briefly owned the Gentleman's Magazine and was a founder of the Graphic. He also encouraged the collection of bookplates, and was a founding member and Vice President of the Ex Libris Society, as well as a founder of the Photographic Society. He lectured on Japanese art at the Royal Institution and was on the Commission of the 1851 Great Exhibition.

One of Leighton's publications was Paris Under the Commune Or, The Seventy-three Days, based in part upon personal experience:

Powder has done its work, the smell of petroleum has passed away, the house that called me master has vanished from the face of the earth, and my concierge and his wife are reported fusilles by the Versaillais; and to add to the disaster, my rent was paid in advance, having been deposited with a notaire prior to the First Siege. ...

His main career, though, was as a bookbinder, author and illustrator. Born in 1822 into a bookbinding family, he studied as an artist and wrote and illustrated a number of books - many under the pseudonym Luke Limner. Although that work continued throughout his life, from the 1850s he also produced designs for bookbindings. A gallery of his work shows playful, imaginative designs - quite a contrast to the formal hexagons of that borough map.

John Leighton died on his ninetieth birthday, in 1912.

Do you have a copy of Tubular Transit for London that you could turn into a PDF?

Sadly, I don't - it's on my reading list next time I'm in the British Library but I doubt I'll be able to reproduce it.

I know this is slightly off topic but I have loved The Gentleman's Magazine, ever since I came across it in the life story of Samuel Johnson.

I wonder if this literary gold mine of the 1730 and 40s was largely the same magazine by the time Leighton bought it and perhaps wrote for it.

I'm a fan too - and you can browse those editions here. The later nineteenth-century editions read quite differently but appear to have aimed for the same spirit: you can read a preface from the 1860s here.

Fascinating post, Caroline, and densely-packed with information as ever - all very readable, I hasten to add! New territory for me, so interested in following the paths revealed. A bit put off JL by the exerpt from his history of the Paris Commune, in which his personal financial loss outweighs that of the deaths of servants ... an ironic counterpoint to what les communards were on about in the first place!

Yes, that was what made the passage leap out at me - it seems consistent with his distrust of cab drivers, somehow.

Yes, absolutely. Marked the whole thing for me.