Although it's associated with urban spaces, street art can be found a long way from the city. I came across this image by the beach in the hamlet of Lilstock. 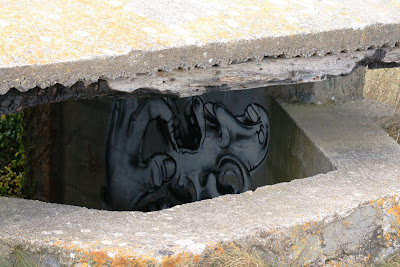 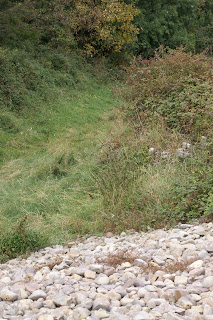 This stretch of shore has a nearly-secret history. A grassy dip and a bit of breakwater are almost all that remain of a once-thriving harbour. It was established by Sir John Acland to ship coal from South Wales, fuelling the limekiln on the cliff above. Pit props were exported in the opposite direction, and by 1855 the port was successful enough to have its own customs officer. There were also cottages, fishing boats, and even daytrippers stopping off on their steamer excursions from Cardiff to Ilfracombe.

However, after the First World War the harbour had fallen into disuse. Keeping it clear of the pebbles which make up the beach had always been a major job, and the inlet quickly became blocked up. Today, there are few traces of a once-thriving Somerset port and most people are unaware it ever existed. Like nearby Brendon Hill, it has largely reverted to nature and agriculture. 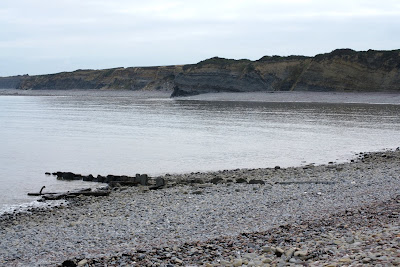