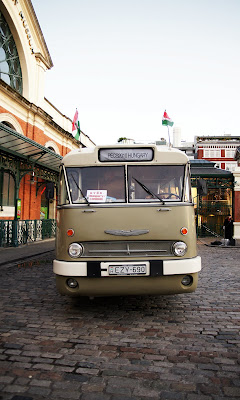 There was an unusual visitor to Covent Garden over the weekend of 6 November: an Ikarus 66 bus from Hungary. It was here to celebrate the Hungarian Cultural Centre's tenth anniversary.

This rear-engined 'rocket' bus was apparently the pride of 1960s public transport in Hungary. Ikarus, founded in Budapest in 1895, initially concentrated upon building cars but its first large order for buses came in 1927. During the 1950s and 1960s it exported throughout Eastern Europe as well as to Egypt, China and Burma. Although sales fell after the collapse of communism, the company survives: in 1999 Ikarus was bought by a French-Italian investment group, before returning to Hungarian ownership in 2006. It is now expanding its sales into South America. 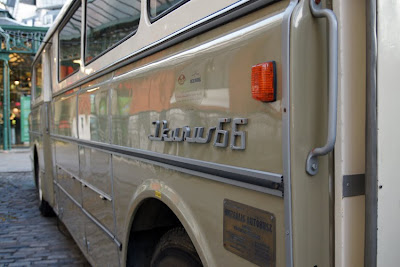