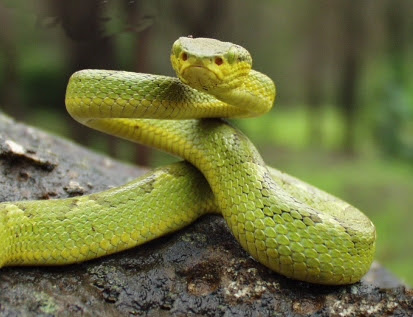 The docks could be a dangerous place to work, and not only because of water, machiner or other people. As ships arrived from around the world, they sometimes brought rather alarming passengers. I've discussed before how a tiger could turn deadly; in 1803, sailors confronted an equally colourful - and perilous - stowaway.

April, 1803. – A most singular discovery was lately made at Deptford. While a number of sailors and others were employed in unloading the cargo of the Admiral Aplin, an East Indiaman, who arrived at the above place a fortnight ago from Madras, (laden with sugar, saltpetre, and some bale goods,) then being in the act of dragging out of the hold some badgs of sugar, they discovered through a board in the hold of the ship a green snake of an amazing size, whose appearance was so terrific that it gave a general alarm, and it being well known that its bite is instantaneous death, it was found necessary to procure weapons for its destruction, which they completed by tying a spade to the end of one of the oars of the boat, by which they caught it by the neck and confined it till they severed the head from the body. It was as green as grass, 15 feet long, and 18 inches in circumference. It is supposed that this animal in the night time found its way on board the ship, while lying at Madras, by the means of concealing itself in one of the bags of sugar, or sliding on one of the planks into the hold, following the scent of sugar. Its bite is always understood to be more venomous than the bite of a rattle snake.

Image by Rishivairale from Wikimedia Commons: Trimeresurus gramineus or Asian pit viper, one of India's green and venomous snakes (although somewhat smaller than the serpent described here). Suggestions for a more plausible candidate welcome!

This makes for such fascinating reading. You can imagine it all so clearly. I pass deptford frequently,sometimes on my way to Greenwich. I will look out venomous large green snakes!

Thank you! I hope the snakes have all gone...