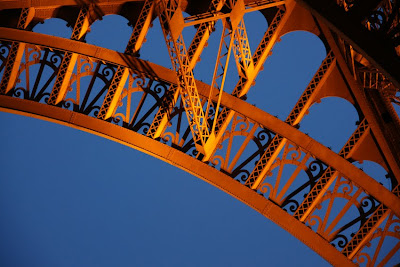 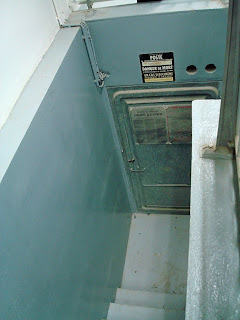 The Eiffel Tower has the river Seine in front of it and a large, landscaped area, the Champ de Mars, behind. Before being turned into gardens, the Champ de Mars was first the parade ground for the Ecole Militaire and then the site of the 1889 Universal Exhibition for which the tower was constructed. Today, they form the heart of tourist Paris - but that doesn't stop them holding secrets.

Under the Champ de Mars is an underground complex complete with secret tunnel. It dates from the days after the Exhibition of 1889, when the tower had been a hugely popular tourist attraction. Once it ended, though, visitor numbers fell and there was talk of demolishing the tower.

Eiffel hated that idea, so he sought alternative uses for the structure, encouraging its use for scientific experiments. The long-term answer was in the new radio technology, which required high places for the antennae. The tower became home to radio antennae used by the French army and its immediate future was thus secured. The army needed somewhere close at hand for the communications staff, but public opinion was unlikely to favour a large new building on the site so it was constructed under the site instead. 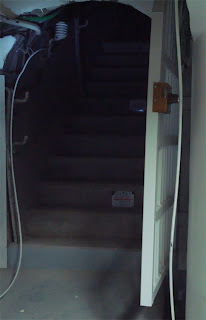 However, once the First World War was underway, the army became concerned. What if Paris was invaded by the advancing German army? The communications equipment might need to be evacuated with great urgency. An underground tunnel was thus built for the purpose, leading from the bunker to the tower and then to the river. It is still there, but hardly somewhere you'd want to walk through carrying heavy equipment: it's narrow, low, and very dark. Luckily for the staff who would have had to negotiate this confined space bearing cumbersome loads, sufficient notice was received of the imminent invasion of Paris that the city was saved from occupation and the tunnel was not used.

Today the underground area has other uses, such as storage and housing the air conditioning plant for the tower's restaurants. I was able to visit it, including the secret tunnel, during a 'backstage' tour of the Eiffel Tower which I'd highly recommend. 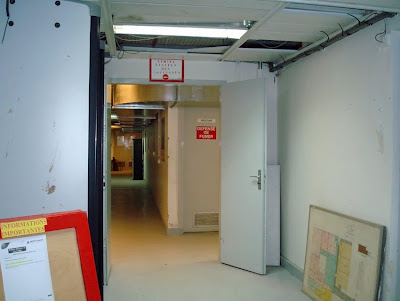 Fascinating, Caroline. To think I lived in Paris for quite some time and never knew about these underground passages: there's so much hidden from us, even in relatively plain sight. Thank you.