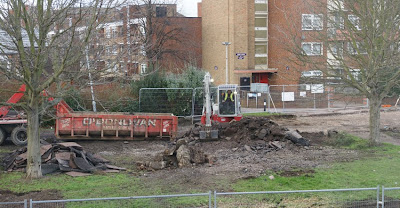 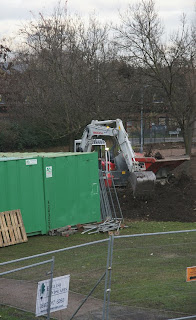 Margaret and her sister Rachel McMillan worked with the poor children of Deptford, providing nurseries and night camps. They believed in the importance of fresh air and outdoor life, and they also provided opportunities for washing, clean clothes and medical attention. As well as the good they did for local children, the McMillans were also active in sharing their ideas and approaches: Transpontine has recently described the visit of Australian author Miles Franklin in 1916. She saw the nursery, then caring for the children of munitions workers, as 'a charmed land of infants and toddlers'.

The sisters made a lasting mark on Deptford, not least in the various places commemorating them. Rachel's name predominates - after her sister's death in 1917, Margaret remembered her in the name of the nursery teaching college she founded. Now absorbed into Goldsmith's College, that site went on to be known as the Rachel McMillan halls of residence before becoming absorbed into the new McMillan Student Village. Nearby is the Rachel McMillan Nursery. It is good, then, that the balance is redressed by this park off Douglas Way: let's hope that once transformed, it's a worthy memorial to Margaret.

they and introduced Free School meals while ILP Education Board member in Bradford. and were involved in the Clarion Cinderella Clubs and the Clarion Fellowship.

Surely deserving of a mural in the park