The railway & the knoll

It's well-known that the railways brought many changes to British life: standard time, seaside outings, railway architecture grand and humble. However, for one small Somerset community, there was another significant change: to the village's very name.

South Brent sat at the foot of Brent Knoll, a distinctive hill familiar to anyone who's driven along the M5 south of Bristol. Long before the motorway arrived, though, the village temporarily doubled in size around 1840 as workers building the Bristol and Exeter Railway moved in. The line ran along the base of the hill, and after a station opened in 1875 the neighbouring village became Brent Knoll for the benefit of its passengers: they were not to confuse this Somerset South Brent with another in Devon.

Today, Brent Knoll's railway station is gone (it closed in 1971). The altered village name, though, remains. 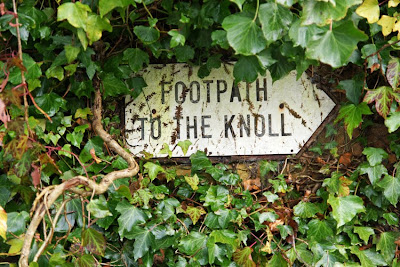 Am very familiar with the fort on top of the Knoll (a good walk!) + the church, with its splendid hunky punk; but completely unaware of this item of local history. Thank you, Caroline!