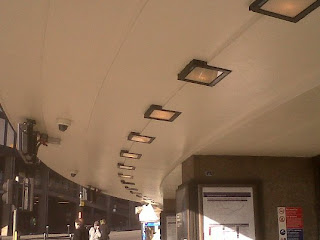 On an unexpected trip to Wood Green, I noticed two things: first, the details of the station decor and second, that I had forgotten my camera. Apologies, then, for the poor quality of the pictures which were taken with my phone.

Wood Green and its neighbouring stations are recognised as among the finest on the network. It was designed by Charles Holden, also responsible for 55 Broadway above St James's Park station. 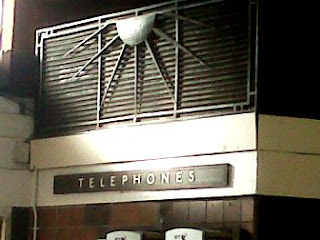 Opened in 1932, Wood Green has a curving brick facade and some details such as this 'telephones' sign which are very much of that period.


There are also less obvious details, such as the animals sat above eye level in the ticket hall and the wonderfully detailed vent covers. 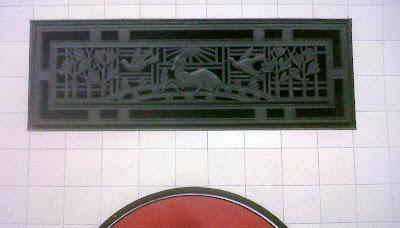 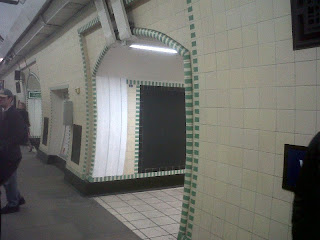 The details, though, are part of a larger design which also pleases. The candy-cane edging to platform entrances are a particularly nice touch.

I've no doubt I'll be in Wood Green again at some point; I just hope that next time, I've remembered my camera!
- February 01, 2010