On the Thames path at Bermondsey, a man sits on a bench waving at a small girl and a large cat. They may make an odd trio but they do tell a story, as a nearby board explains. 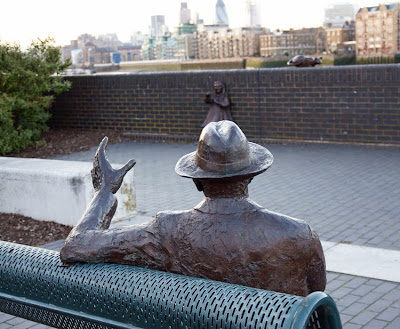 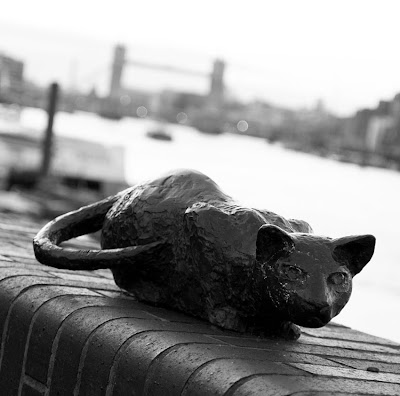