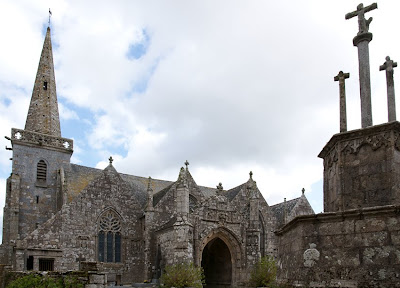 I came across this church by chance when driving in Brittany's Trégor area: the Eglise Notre Dame de Miséricorde in the village of Runan. It's on the Place des Templiers, because the Knights Templar first built a chapel here in the twelfth century. When that fell into disrepair, it was replaced by the current building. 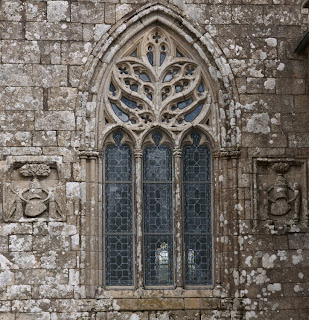 Dating from the 14th and 15 centuries, the church has preserved almost all its architectural details. (The bell tower, though, is a later addition from 1822.) One relatively unusual feature is that the calvaire, the cross in the churchyard, has a base which doubles as an outdoor pulpit. However, the bas-reliefs on the facade really caught my eye.

Legend has it that Our Lady of Runan performed a number of miracles including curing a man of paralysis, stopping a mill wheel to save a woman who had fallen in the stream, and calming a storm which threatened the ship in which a local priest was travelling on pilgrimage to Rome. The church's patrons included the Dukes of Brittany and Anne de Bretagne; Saint Yves, patron saint of lawyers and of Brittany, was a visitor. 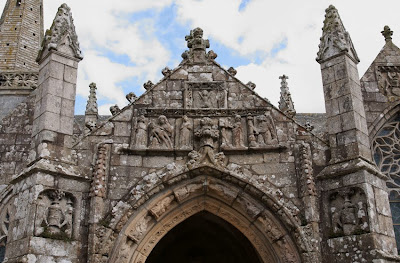