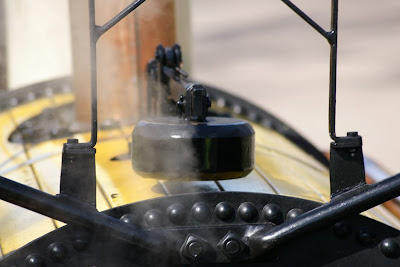 It wasn't the real Stephenson's Rocket pulling a carriage in Kensington Gardens: that now lives, safely but stationary, in the Science Museum down the road. However, a replica moved into the park for the easter holidays, offering the chance to take a short ride. The carriage was third-class, meaning there were no fancy features like seats or a roof!

The Rocket wasn't the first locomotive - Richard Trevithick's Penydarren Locomotive was on the move even earlier - but it was the model for those which came after. George and Robert Stephenson brought together the best features of various predecessors, and were confident enough in its abilities to enter it into the Rainhill Trials. This event was designed to choose the locomotive type for the Liverpool & Manchester Railway; Rocket won it, not least because it was the only competitor which didn't break down. 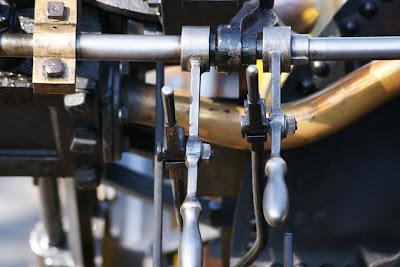 Drama followed: the opening of the railway was a big event attended by the prime minister, the Duke of Wellington, along with other dignitaries. One of those, Liverpool MP William Huskisson, was so caught up in the excitement of the day that when the Rocket came bearing down on him it struck and killed him - he wasn't quite the first railway mortality, but certainly the earliest to be widely reported.

The age of steam borrowed from the age of horsepower. The Rocket was yellow because that was the colour of stagecoaches, so it suggested speed; the first-class carriages looked very much like their horse-drawn counterparts. Arrangements for coal and water were more informal than in later versions, too. 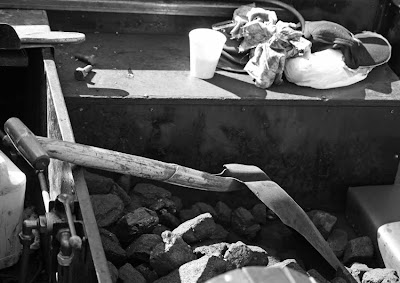 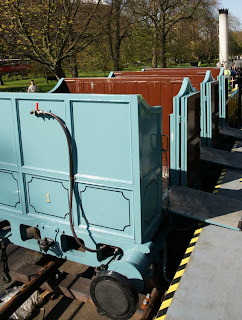 The replica which visited London was built in 1979, for the locomotive's 150th anniversary. It's based in the National Railway Museum at York, so this was an unusual opportunity to see it in the capital - even if we could only travel third class.