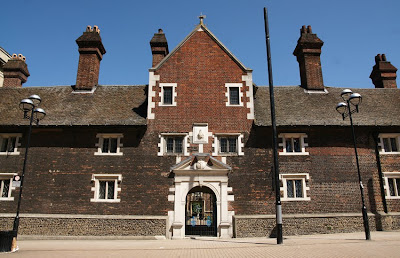 Head to the southernmost station on the East London Line, West Croydon, and you can see the modern office blocks and large shopping centre for which the town is best known. You can also see a real jewel, the Whitgift Almshouses which sit among the chainstores like architectural time travellers. 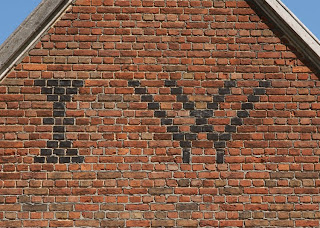 Whitgift's name is all over Croydon: the school, the aforementioned shopping centre, and this building. Archbishop John Whitgift, a sixteenth-century Archbishop of Canterbury who crowned James I, had his summer palace in the town. He was a controversial and authoritarian churchman, fiercely opposed to Puritanism, but his influence in Croydon was more positive. With the Queen's permission, he built a school and the Hospital of the Holy Trinity. It was not a hospital in the modern sense but rather a place where up to forty needy local people could live and receive a regular stipend,

to be an hospitall and abding-place for the finding, sustenation and relief of certain maymed, poore, needie or impotent people to have continuence for ever. 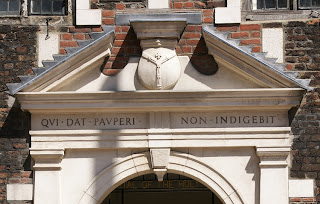 The survival of this institution, today known as the Whitgift Almshouses, is something of an achievement. The most recent major threat was a road-building scheme in the 1920s; the almshouses were saved by the House of Lords' intervention.

There are still residents living here, observing the customs of the place. Thus the person who has lived there longest rings a bell at 10am each Friday morning, and the stipend ceremony begins. Each resident receives a small sum of money (70p for women, 65p for men). Today, of course, that isn't even enough for an ELL ticket.
- May 24, 2010

A real jewel indeed, the Whitgift Almshouses are a surviving treasure from the 16th century. This is not an era we get to see very often. Do you have any internal images?

But survival is such a random event. Imagine bulldozer drivers just smashing it to pieces, had the House of Lords' not intervened in time. Imagine if the good Lords were busy with other legislation that day... or they had all gone to the cricket :(

I don't have internal images: apparently it's possible to arrange a tour, but otherwise the almshouses aren't open to the public.

It is astonishing how precarious the survival of some of these buildings has been. There are several 'lost London' books which really bring home how much has been lost.

It is astonishing how precarious the survival of some of these buildings has been.
acrylic jewelry