With all the election goings-on, we're perhaps more aware than usual of the Queen's role as head of state. However, we have endless daily reminders - including the crowns adorning traditional red telephone boxes. There's more to these symbols than you might think, too. 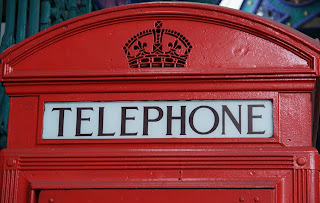 The history of the telephone box formed part of the post office heritage tour because until British Telecommunications was formed in 1981, telephones came under the General Post Office's remit. In the 1920s, the GPO was keen to erect kiosks in London and held a competition to find a suitable design which the borough councils would accept. The result was Giles Gilbert Scott's famous red cast-iron design, officially K2 (K for kiosk, and 2 because an earlier concrete design had been used elsewhere in the country).

K2 was mainly used in London. Its crown is a distinctive cut-out near the top of the cast-iron box. That's because it wasn't just a piece of decoration, but also provided ventilation. 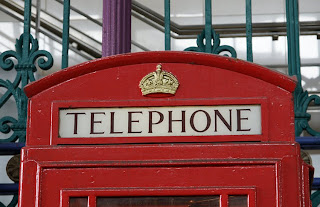 However, the K6 - the similar but smaller design of 1935 which is most common outside London (and not uncommon within it) hid its ventilation in a slit along the top of the panels. The crown became purely decorative - and in 1952, its design would change again.

Until now the decoration had been a 'Tudor crown', but the new monarch Elizabeth II wanted the actual coronation crown, the King Edward Crown, to be used. In Scotland, though, the St Andrew's Crown was preferred - and to allow for the two different designs, a slot-in panel was added. You can see the edges in the picture below. 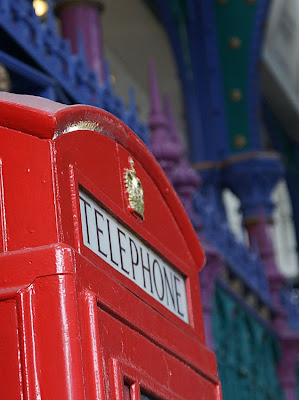 So what's in a crown? You can tell the model of the phone box, the date (pre- or post-1955), and which country you're in. Should you be inside a K2, that crown is also letting in the fresh air. Not bad for a bit of decoration!

The colourful setting for the boxes in these pictures was Smithfield Market. The missing model numbers are K3, a concrete version; K4, a trial box which included a postbox and stamp vending machine; and K5, a wooden box for temporary use.

And if the box is painted cream and has no crown at all, you're in Hull, a bastion of Yorkshire independence and the only city to stay outside the Post Office telephone monopoly.

Am I clairvoyant or what? I specifically mentioned public telephone boxes in your last article, "Post Office heritage" :)

In a way that makes perfect sense, as telephones came under the General Post Office's remit. But who will save the kiosks, now that more and more people have mobile phones?

Some kiosks have been given other uses - as an art gallery or a library, for example. The London K2s don't have to worry, as they're listed. Now that we do value them so much, it's strange to know that when they first appeared they were quite unpopular: these large, bright red boxes were seen as intrusive and too conspicuous.

Thank you for mentioning the Hull boxes, Philip. I found a picture on wikipedia, albeit labelled as 'white', here.