From the archives: Peter the Great in Deptford

A look not just at the visit of the Russian Czar but also at Deptford's strangest statue: 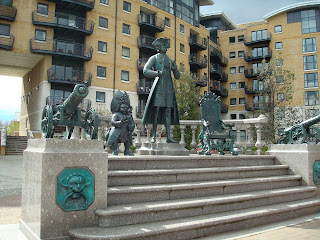 Peter's visit to Deptford is memorably fictionalised in the third book of Neal Stephenson's The Baroque Cycle. Cracking (if lengthy, nay sprawling) read.