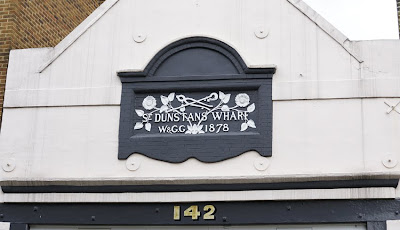 This marvellous facade in Narrow Street is a reminder that along with the hard work, poverty and grimness, there was also pride and prosperity in Docklands. The plaque mixes decorative flora with a reference to the building's namesake. Dunstan, Bishop of London and Archbishop of Canterbury in the 10th century, lived for some time in a tiny hermit's cell in Glastonbury. There, he was allegedly tempted by the devil and responded by pinching his nose with iron tongs.
- June 02, 2010