How Deptford got gaslight 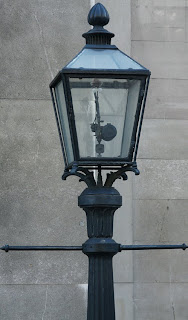 Some time ago, I discussed the proposed Deptford and Greenwich Gas Light Company. There seemed to be lots of enthusiasm for it in 1834, but no actual company of that name was formed. The outcome wasn't entirely surprising as there were already two local gas companies, the Phoenix and the South Metropolitan, and the formation of a third would have required an Act of Parliament.

A cutting from August 1835 explains exactly why the Deptford & Greenwich was never launched:

The South Metropolitan Gas Company have been actually laying down their pipes, during the last fortnight, in both parishes of Deptford. It was the want of sufficient accommodation experienced by the inhabitants of the lower part of that town, and which was withheld by the Phoenix, which gave rise to the recently intended Deptford Gas Company, of which a prospectus was advertized in our columns last year. From the very satisfactory disposition evinced by the South Metropolitan direction to meet the exigency complained of by the town, the inhabitants were induced to suspend the project of establishing local gas works, and the result shews that their confidence has not been misplaced. The intended new approaches to the Deptford-pier will open an extensive field of operation for the South Metropolitan.

The Deptford & Greenwich had a rather unusual kind of success, then. It achieved its objectives without ever actually having to operate!