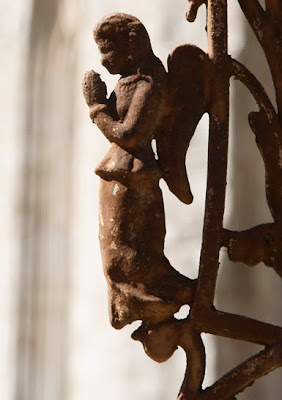 Cast iron headstones, typically nineteenth-century, were popular in some Breton graveyards. This example is in the churchyard at Jugon Les Lacs.

These crosses first appeared in the eighteenth century, although most survivors are from the following century. They are often difficult to date as designs were reused, and the pieces themselves are not generally dated. They were not always erected at the time of the death marked on the grave, which adds to the challenge. Production seems to have ended in the 1930s. 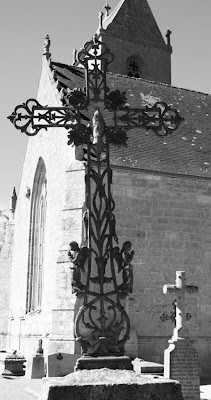