A hundred years ago today, Mary Macarthur announced to the women chainmakers of Cradley Heath that their employers would pay them a minimum wage of 11 shillings a week. It was a huge victory for the women, and an important moment in British industrial history. 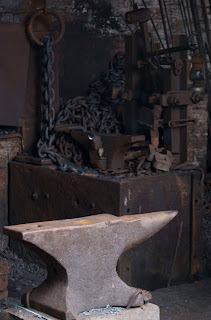 The chainmakers of the Black Country worked incredibly hard for over fifty hours a week making chain by hand. Women did this physically demanding labour among the unhealthy smoke and burning sparks of the forge, enduring extremes of temperature, and often minding their children at the same time. In return they got a pitiful wage of five shillings. It was barely enough to live on, hunger was the norm, and in 1898 writer Robert Harborough Sherard described them as the 'White Slaves of England'.

Their employers were confident that they could get away with this because the workers were unorganised and for the most part, worked in small backyard workshops at home or with just a few other women. When the Trades Board Act set a minimum wage for chainmakers of 11 shillings a week, the employers took no notice.

However, they had not foreseen the impact of labour organiser Mary Macarthur, the determination of the women, or the popular support their cause would attract. Macarthur was the thirty-year-old daughter of a Conservative grocer. Sent by him to observe a union meeting, she had been converted to the cause. S 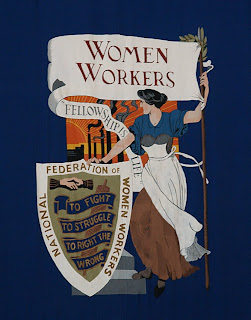 he moved to London in 1903, and in 1906 founded the National Federation of Women Workers. She was also secretary of the Women's Trade Union League, which would become the women's section of the TUC.

Macarthur was dedicated to helping women in sweated labour fight for a living wage. She brought the chainmakers of Cradley Heath out on strike, an action which won widespread support. The women's struggle received press attention; Pathe News brought their struggle into the cinema while the Daily Express interviewed the oldest striker, 79-year-old Patience Round, who told them 'These are wonderful times. I never thought that I should live to assert the rights of us women. It has been the week of my life - three meetings, and such beautiful talking.'

Crucially, Macarthur put effort into fundraising so that the women could receive strike pay of five shillings a week during the dispute. (Among the contributors to the fund were Okell & Owen, a Liverpool firm which exported the chains, George Cadbury who owned the chocolate company, Countess Beauchamp and the Countess of Warwick.) As a result, they were able to maintain the strike action for thirteen weeks until their victory of 22 October 1910.

Indeed, there was enough money left over from the strike fund to build the Cradley Heath Workers' Institute. The building, a community centre and trade union headquarters, was moved to the Black Country Living Museum in 2008. 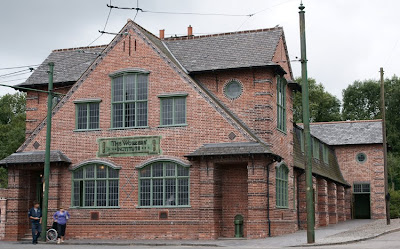 I am relatively well read on Edwardian social and political history, but I didn't know (or had forgotten *sigh*) that Mary Macarthur founded the National Federation of Women Workers in 1906. Nor did I know she became secretary of the Women's Trade Union League. What a great woman!

What I did remember was that Macarthur, Emmeline Pethick-Lawrence and others were arrested in Parliament over female suffrage.