When we think of defences against the Blitz, we probably think first of barrage balloons, searchlights sweeping London's sky, and anti-aircraft guns. Quietly rusting in the Thames is another piece of those defences: the Maunsell forts at Shivering Sands and Red Sands.

The Maunsell Forts were groups of platforms constructed on land, then towed out to sea and sunk in place. These two forts, and a third (now dismantled) at Nore, were made up of seven interconnected platforms. (The connecting steel walkways have almost all gone now.) One was a control centre with accommodation, another a searchlight tower, and the other five held guns. They aimed to bring down bombers using the Thames for navigation, and succeeded in shooting down 22 aircraft and 30 flying bombs. 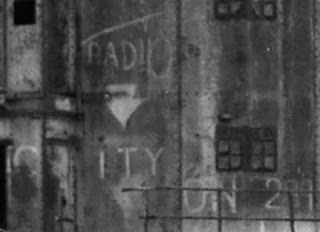 Decommissioning in the 1950s didn't end the careers of these forts. They were used in the 1960s by pirate radio stations; traces of Radio City are still visible at Shivering Sands. The station was originally Radio Sutch (as in the Screaming Lord) before being taken over by Reginald Calvert; in 1966 he was shot by a director of Radio Caroline in a killing ruled to be self-defence.

A more official use of radio was the relaying of wind and tide information from monitoring equipment in the fort's searchlight tower. It had been isolated from the other five surviving towers when a sixth was sunk in a ship collision in 1963. That isolation attracted artist Stephen Turner for his Seafort Project, living in the tower for 36 days in 2005.

As well as military and radio history, the forts have their place in industrial history. They played a role in the development of other offshore activities such as offshore oil platforms, the first of which was constructed in the late 1940s. Such resonances, as well as their eerie but imposing presence, all offer good reasons for their preservation: a task now being undertaken by Project Redsand. 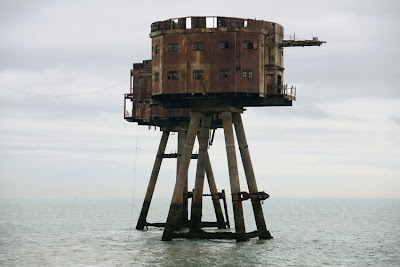