From the archives: Christmas lights, a brief history

As many of London's lights have been reused this year - the belly-flopping stars in Regent Street are on at least their third appearance - a similarly sustainable recycling of this post seems rather apt! 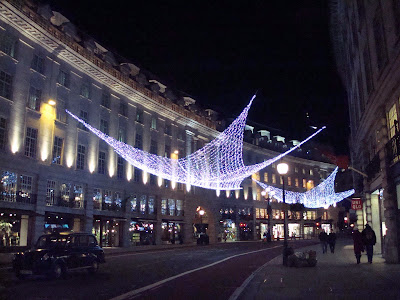 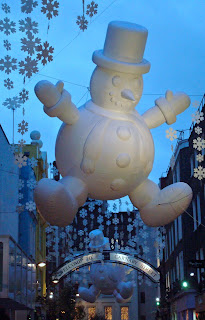 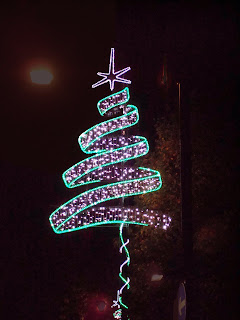 In the mid-twentieth century, the lighting displays spread out of the stores and into the streets (see a gallery of photos here). Regent Street first lit up in 1954, after an article in the Daily Telegraph commented on how drab London looked; except for a gap in the 1970s, it has had an annual display ever since. Oxford Street followed suit in 1959 - with a decade-long break from 1967 to 1978 - and trips to see the christmas lights have been a valuable way of attracting shoppers. The switching on of the lights continues to be a feature of the seasonal calendar - although it now seems to have moved back to early November.

And those light-less years in the 1970s? They were due to a recession - so perhaps we should all make a special effort this year to enjoy our christmas lights while we can!
- November 28, 2010

There is something very fairyland and magical about small lights, twinkling in the dark. It makes adults feel like children again, even if it is only for a while.

But I wonder if the southern hemisphere felt the same way about Edward Johnson's invention, back in 1882. Here Christmas comes at the hottest time of the year when children are on the beach until late in the evening. No snow, no sleighs, no wintery wonderland.