From the archives: Woolworths, New Cross

Today we're returning to last year's Remembrance Sunday post, which looks at one of London's major civilian tragedies in the Second World War. Since it was written, a further memorial plaque has been placed on the site by Lewisham Council. 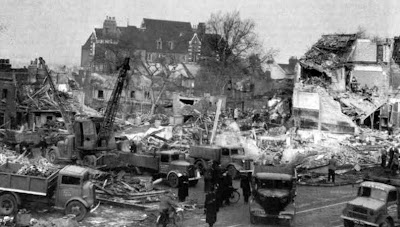