From the archives: Postman's Park, death in the frost

This story from the Watts Memorial in Postman's Park is a timely warning of the dangers of the season. It's also a way of reminding ourselves that however icy the weather, it could be much worse. Sit comfortably with a warm drink and read on. 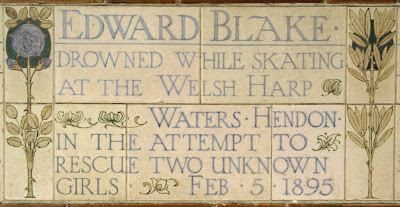