From the archives: Somerset and the Abode of Love

When I found this postcard of the Agapemone in Somerset, the message on the back confirmed the general interest excited by this small sect. 'Have driven past Abode many times. But never able to go inside. It is very pretty', May wrote to her friend. Almost forgotten now, the scandal of the mysterious walled Abode of Love intrigued the Victorians and lingered for decades. 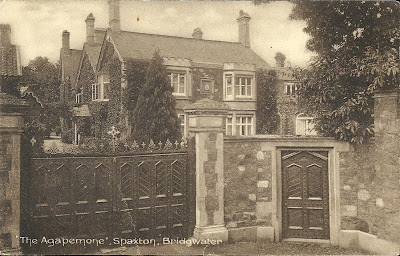 Near Bridgwater is the quiet and apparently respectable Quantock village of Spaxton. There is little today to suggest that for over eighty years it was home to a controversial sect, the Agapemonites, and their Abode of Love.


The Rev H J Prince had already been thrown out of several parishes for his inappropriate behaviour, and declared himself the son of god in Weymouth, before he settled in Spaxton. He and his followers built Agapemone, the Abode of Love: a secretive building surrounded by high walls and patrolled by dogs. Within its perimeter, the followers were mainly female - and those women tended to be rich or beautiful. He proved adept at getting his hands on their money, either directly or by arranging their marriages to male followers. Prince claimed that he was the Holy Ghost, whose duty was to bring heavenly love to earth and to 'purify' virgins. However, when he had sex with 16-year-old virgin Zoe Patterson on the altar in front of his followers, some left the cult and scandal arose. The child of this rape was called Eve, and condemned by Prince as a devil child rather than his own progeny. 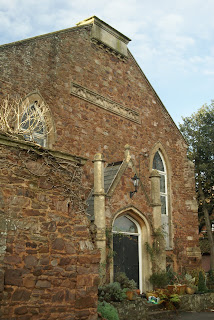 Prince had already weathered one scandal: having married off three of the wealthy Nottidge sisters, he planned to do the same for a fourth, Louisa. Her two brothers broke into the Agapemone to 'rescue' her - by removing her to a lunatic asylum. It took Prince 18 months to find her, but when he did he got her released by having the Commissioners of Lunacy declare her sane. At that point she returned to Spaxton and turned her inheritance over to Prince.


When Prince died in 1899 (so much for his supposed immortality!), the Rev John Hugh Smyth-Piggott took over. He showed a similar enthusiasm for women, recruiting 50 to the sect and taking one as his 'spiritual wife' and having three children with her. Eve, Prince's daughter, was by now also a senior member of the Agapemone. Even after its second leader's death in 1927, the sect managed to continue under Smyth-Piggott's wife, Ruth Anne Preece. She lived until she was 90; only after her death in 1956 did the Agapemone finally close.

can i have a picture of Ruth Preece and Zoe Patterson( I am working on an article).....my email is
ntaleem@gmail.com