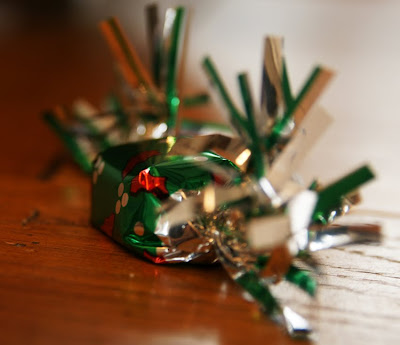 Crackers aren't part of Christmas tradition in France. Instead, many festive place settings include a papillote - a brightly-wrapped chocolate. Take off the wrapper, and inside is a quotation or riddle, along with the sweet.

Like other delicious confections, the papillote originated in Lyon and it remains particularly popular there. Legend has it that a confectioner's apprentice tried to charm his girlfriend by sending her little messages wrapped around sweets. When his boss - a Mr Papillote, of course - found out what the youngster was doing, he took up the idea and the papillote was born.

In some versions of the story, the apprentice was sacked all the same. However, in the spirit of the season, let's assume a happier ending. Season's greetings! 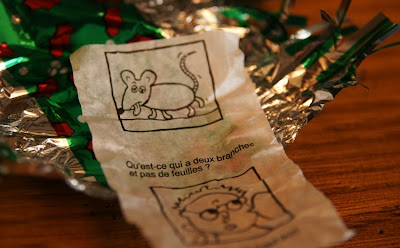