On Friday, I mentioned the new ghost signs I've seen in Lamballe, Brittany and shared my favourite. Here are some of the others. 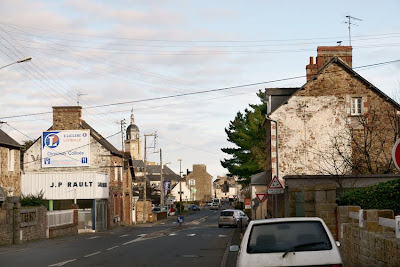 First, there are two almost alongside each other. The left-hand sign is faded and laregly obscured by a billboard, so can't be deciphered. The other has been painted over in white at some point, although the overpainting is itself fading away. There's just enough detail showing through to identify it as an advertisment for the liqueur St Raphael. Nearby is another rendering, unobscured but heavily faded.

Both St Raphael advertisements are from the 1950s, when there was a drastic change of style. Earlier advertisements didn't feature the spiky italic writing or minimalist, rather geometric imagery. 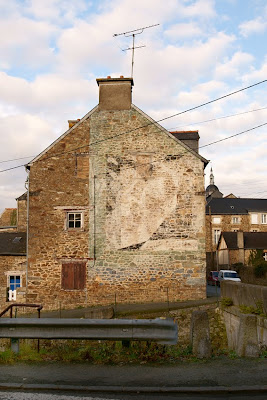 This Cointreau sign has clearly been repainted at least once: the brand name can be seen faintly at the top and then more jauntily in the middle of the sign. The Cointreau brothers founded their distillery in 1849, beginning by producing a cherry liqueur. However, success came when they moved to the orange drink we now know. 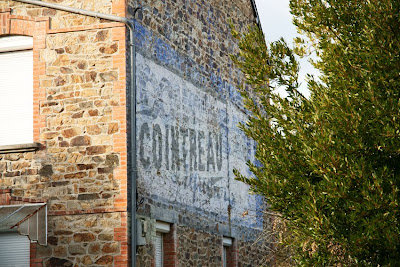 Finally, another brand which may apear familiar - but the Lincolns here are not the American automobiles but the French washing machines. Renowned for their quality and reliability, many French people still remember them with nostalgia. (You can see one in action at the washing machine museum, Dijon, here.) 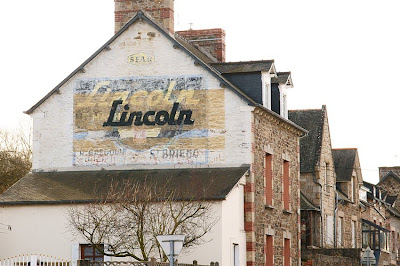