Noor Inayat Khan would have celebrated her ninetieth birthday a few days ago had she survived the Second World War; instead, she died aged only thirty. There is now a campaign, led by her biographer Shrabani Basu, to raise money for a bronze bust of Inayat Khan in Gordon Square, Bloomsbury. 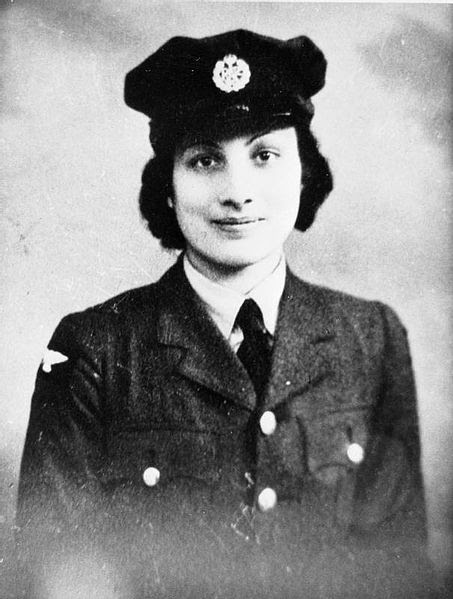 A descendant of Tipu Sultan, the 'Tiger of Mysore', Inayat Khan was born in Moscow. Her Indian father and American mother brought her up in London and Paris. She was a Sufi Muslim, a supporter of Indian independence and believer in non-violence. In the 1930s, she studied music at the Paris Conservatoire and child psychology at the Sorbonne and wrote and broadcast children's stories. However, when the Nazis invaded Paris, Noor and her brother Vilayat returned to London to fight Nazism. He joined the RAF; she trained as a radio operator in the WAAF and was later recruited by the Special Operations Executive.

When Noor Inayat Khan was parachuted into France to work as a wireless operator in Paris, her superiors were not optimistic. Some doubted her suitability for such a role; in any event, the work was so dangerous that her life expectancy was six weeks. Shortly after she arrived in Paris other members of her network were arrested, but she declined to return to London. In fact she survived for three months before being betrayed. The Germans held her prisoner for a year, mostly in solitary confinement, but were unable to get any information from her; eventually they shot her and three other agents at Dachau. Her last word was 'Liberté.'

Inayat Khan was posthumously awarded the George Cross and the Croix de Guerre. However, although there are several memorials to her in France there is currently none in London: something which the new campaign is determined to change.