It may be less well-known than other local features such as the Thames Barrier and Charlton Athletic Football Club, but Charlton village doesn't deserve such obscurity. As well as pubs and small shops, it boasts St Luke's Church, an Edwardian drinking fountain with rustic canopy, and the seventeenth-century Charlton House. All very different from the stereotypes of south-east London! 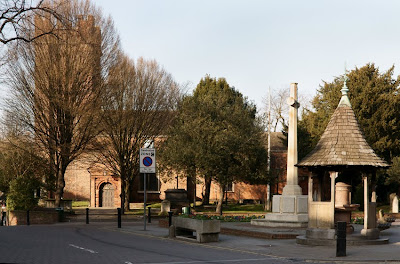 The drinking fountain and trough were erected to mark the coronation of Edward VII. Behind them is St Luke's Church, built in 1630 - although there has been a church on this site since the eleventh century. Among those buried in the churchyard is Spencer Perceval, a British prime minister now less notable for his political achievements than for the fact that he was assassinated in 1812.
Charlton House deserves, and will get, a post in its own right. This Jacobean building dominates the village centre, with gardens and parkland behind. It has been owned by Greenwich Council since the 1930s and inside are now a library, tea room, history exhibition and other community facilities. 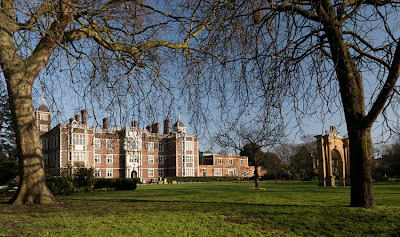